Before setting off for the CDC3, I first had to make sure my energy levels were high. After visiting Poland for the PGA lan and getting a little peckish there, I had wandered around town looking for food before finding a small cornershop type place. This place only sold water, stamps and something called Lubelski, so I bought all three. Upon getting back to the lancentre, I opened my Lubelski, and not only did I eat a few, but I kept eating. I don't actually know what it is to this day, but my best description would be straight and thin pretzel things. Nevertheless, alongside Marmite toast and tea, this stuff is the food of the gods. So I ate a packet, and set off for college.

Now unfortunately while I had planned to be taking 2 cameras with me, I ended up leaving both at college. So, instead I have used my phone camera to document my weekend. Hence why all the pictures you will see are pretty pointless. But you can't complain. All you have to do is read!

After I arrived at Amsterdam Schipol airport, my first task was to buy tickets for, locate and get on a train to Enschede without the help of anyone I knew (unless you count

unblind[/url] who kept sending me text messages saying "XDDD"). In the UK, we do two things differently to the Dutch. Firstly, when you buy a return ticket, it means you buy a two-way fare, and can return when you need to. Not in Holland. A return ticket there means you have to come back the same day. Don't want to do that? No problem, but you have to pay 10 extra euros. Second of all, nowhere can you find a leaflet or information sheet that has the train routes listed on it. You are expected to memorize the massive yellow signs at the station you got on at. My memory is shit, and I didn't choose this option. Instead, I took a photo, thinking that with a full bar of battery, my plan was failsafe. Little did I know my train was going to Gronigen, and my picture didnt have the station to stop at.

But I was on my way, and as the train sped past lots, and lots of cows, I had a chance to think about the upcoming few days, and remembering specifically about the antics of

[img|left]http://crossfire.nu/foonr/cdc/photos/presentation/4.jpg[/img]Thanks to an elderly couple who didn't understand what I was saying, I needed to wait an extra half an hour to get on the right train to Enschede Drienerlo, after taking my suitcase off initially at Hengerlo (sp?). At the right station this time, and I spotted what could only be the breed of human that is the gamer. They looked excited and repeatedly said "spam spam" to each other, but I regret I have forgotten who the team was. Perhaps you could make yourselves known! At the same time, I heard an English accent that could be non-other than our very own

Penn[/url], and my partner-in-crime for the weekend. "Why did I upload this?" he asks as the caption for this picture on Facebook. For this thread mr Penn, for this thread. Which brings me to the above image of the

breakfast-snake. We had been playing pool on some American-pocket sized table, and became alerted to the fact that with each pot made, we were rapidly losing balls! We called the man with the keys to the table, and he put some balls down each of the pockets to source the area of disruption. I spied a ball hovering in the pocket shoot, which seemed to be stuck. So I pulled that ball out, and another, and another, until about 5 were freed. In went the Indiana Jones-esque arm of bravery, and to my surprise felt something soft. So out popped breakfast-snake. S/he was what everyone was given by WZZRD for breakfast each day. I can honestly say, we didn't draw those eyes. Or the nostrils!

Using Penn's digital camera I took some photos of people around the place, such as

vinyl, in fact I took lots of people. Those pics would be in this article, was it not for crossfire.nu/gallery telling me it has suffered a fatal error or something. So we'll skip a bit of time and the day I believe is now Saturday. I had found

Wesbo (pictured) the previous day, and suddenly he ran over, out of breath, clearly with something very important to say. Of course we now know it was about nellie and his attempted lollerdate. For spamming purposes, here is the .gif again[/b]. That night we planned to go into Enschede and party like it was 1999, or at least that was the plan of Wes. Beforehand I had more pressing issues, and so hijacked

Rafiki's driving skills, plus the

n1ce guys, and together, at 1am, we headed out in search of food. We drove, and we drove some more. Then, just as hope was fading, Rfki spotted a petrol station, which it soon transpired seemed to be attracting the whole of Enschede to it at the current hour. We bought a shedload of food, much to the understanding of the guy behind the till, and stood eating happily outside whilst watching a fight break out between an angry Dutch woman and (most likely) her son.

So we got back, and myself, Wes,

duKe_ (above left), unblind, Kitty, nellie and others stand outside waiting for a taxi. nellie is in his usual plastered state of bearly being able to stand, and unblind is also highly merry. 4 of us go off in the taxi, and wait for the others to catch up. We wait, and we wait. Still no one turns up. I called nellie, who to give him credit somehow remembered how to answer his phone, only to find out he had decided to "walk towards these people so i am walking to the cabins with decem bulldog penn and squall, yeah fuck the clubs! (and then something about the taxi)". Hang on, I told him, Squall is sitting right next to me. "Bollocks man", came the reply, "I'm walking with him now!" In the end, after this going on for quite some time, I put mr Squall on the phone, and nellie proceeded to have an arguement with him about whether he was walking with him or not.

Finally the others arrived, and we found quite possibly the dirtiest club I have ever walked into. unblind shoved money at the drinks token guy, and soon realised he had paid for about 50 beers. OR so my memory serves. For the record, the guy on the above right picture (with the afro) pretty much poured his drink on me, then pretended to talk to some guy as I cornered him with a camera. Anyway, moving on. We found the very very drunk

Swedish duo of blaze and eddie downing stuff in a corner. They too, despite considerable effort, had bought too many drinks tokens.

Other happy pictures of this night include unblind attempting earnestly to chat up a munter, before spinning around and grinning incoherently into an oncoming flash, as well as a bog which still haunts my dreams. Proof.

[img|left]http://crossfire.nu/foonr/cdc/photos/presentation/27.jpg[/img]The image now to the left may be a little dark in the thumbnail, but I've enhanced it a little for the fullsize version, and in doing this I was left little choice. We arrived back ~6am to find what

Mav next to humM3L, as well as an obviously very happy

Ronner at the end of the table. I gather humM3L actually lost this particular contest, but his adversary could only celebrate his winnings by throwing up, and therefore sending out a wonderful advert of the xfire community.

Word reached us of

mesqi's (right) state of intoxication, and so I hot-tailed it up to the top of the cZar cabin to find the Belgian completely leathered, and requiring

Quraigu to tame the beast inside (more pics below). A minute or so later I spotted eddie again, this time sleeping blissfully unaware of mesqi's howls from accross the room.


But back to mesqi and co:

[img|left]http://crossfire.nu/foonr/cdc/photos/presentation/34.jpg[/img] On Sunday night myself and Penn happened to get a room in the Logica, a complex of hotel rooms sort of thing nearby the cabins, but crucially an en-suite bathroom and soap!. We nearly cried, we were so happy. But the going was not always so easy. With Penn having already retired for the night some 4 hours previously, the task fell to myself and Wesbo to wake up sleeping beauty, and after learning that he refused to wake to the sound of his phone ringing, we set about pelting the window with acorns. Not only was this quite entertaining, we also managed to wake up the manager of

overload. But he let us in anyway, allowing me to properly wake up Penn (average quote = "fuckin'.... er, fuckin'!"), and Wesbo to return to his Kitty. On the walk back from the cabins to WZZRD the next morning, we spotted these monks(?) wearing red dressing gowns outside the football stadium (picture). We had to lol.

After that, it was to the airport for us merry men. But not before enjoying a dutch pint at the airport. One for the journey..

Shoutouts to everyone I met!
60
Nice.
Good times!

Breakfast snake still cracks me up everytime haha.
Mesqi had one too many shandys?
nellie = foonr

Is this what you are supposedly refering to?
Parent
Your skin colour noob.
Parent
http://meez.mywhores.net/leedsfest/07/meez-guitar-plus-sarah.jpg

Please... that's like... tanned, light brown.
Parent
I don't call you yellow did i ;p
Parent
heh, are you yellow?
Parent
@DDDDDDDD
Parent
=D mesq1 the legendary belgian rifler!
any1 got some pictures with all world idol dunno/vinyl, lol? :D
the keyword is Paluszki (fingers, like fish fingers, just they are not fish fingers :P), Lubelskie is a region in Poland, where they come from =)

edit: took closer look at that img - more info: slowly baked, crispy and salted, made by lubella :)
quality!
Nice to read:)
All images are click-enlargable

follow the logic
Parent
"a bog which still haunts my dreams. Proof."

when i walked in there were two dutchies on either end of the urinal, one proceeded to turn around and piss all over the other and run away :DD

the end
LoL i made this 1 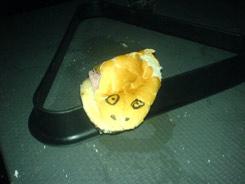