by rahula • 21 Oct 2007, 18:56 • Articles
With three weeks having now passed since the release of Enemy Territory: Quakewars, new teams have formed, older teams have died and thousands of euros are being invested into tournaments. One can only wonder where quakewars is going, with the amount of players and interest increasing day by day. However, for much longer than 3 weeks now have teams been forming, with many competitions and thousands of dollars being put into the game even before it's release. Teams have been praccing since a closed beta released what feels like years ago now, and we're already beginning to see a hierarchy of clans forming within such little time. With multigaming clans such as

dignitas picking up teams in the early stages, we can only hope that clans such

SK will go the same way.

So who is hitting the top of this 'hierarchy' you may be wondering? Well, based on beta performances and individual player experience, I have chosen 8 teams who i feel will be dominating the ETQW scene, atleast for the early days. These are (in no particular order!):

Some of these teams have yet to prove themselves, but most are widely known as the stronger teams playing the game at the moment (excluding the american scene). Over the next pages details are available for each team, including lineups, background, achievements and more.

gl with ur clan meight!
Parent
good read, however im missing ocrana
One would wonder indeed.
Once upon a time, in a galaxy far far away
Great job, nice read.
Well written, lets hope for some more activity
Yeah, the game is getting more and more active which is a good sign, but i think it'll need a lot more time before it hits peak activity levels.
Parent
People probably finally understand the ruleset after 3 weeks of studying -.-
Parent
Nice post hentai =D
go wArning
nice read, i think their will be more mgc coming soon :)
Great article bestest e-friend <3
offtopic: any site to watch qw games?
Some of the bigger matches get a live stream from www.quadv.com, but there is no etqwtv or demo base yet.
Parent
maus isn't that good as in et :)
time..time
Parent
Yes, the ETQW-bot from nC isn't released yet, but I'm sure that once it get released... God damn, ETQW will sure get new superstars!

that was AWESOME FuN 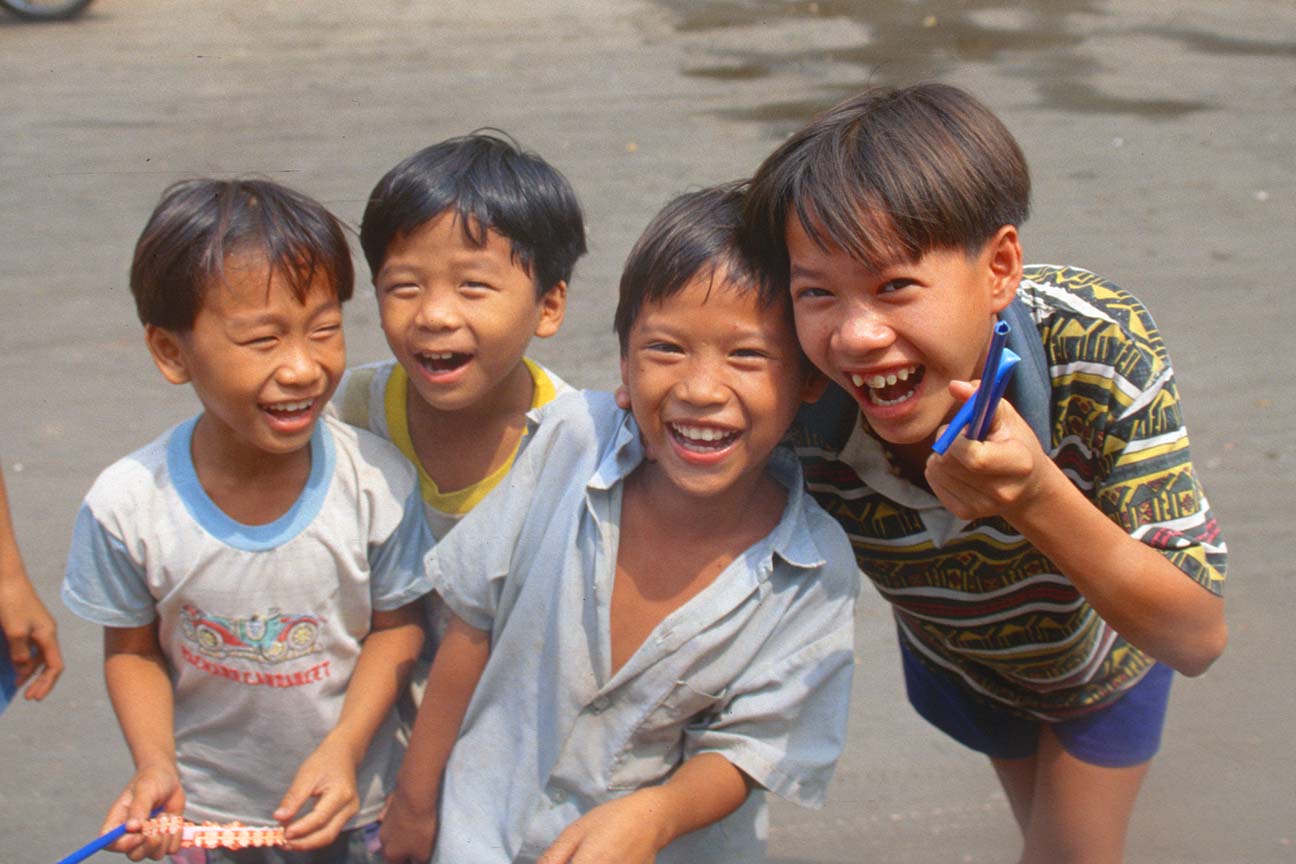 Parent
Well written and a good advertise for ET:Quakewars.
SL KEYPLAYER?!?!?!?!?!?!?!
Parent
you got some problems with ocrana?

(I could understand if :>)
I have no problem with ocrana, they're great guys, i just don't think they're as good as the other teams...my opinion though i guess.
Parent
no et skills
Parent
pumu played for them, explains everything
Parent
nice one mate, good read ^^
agree with all 8 teams, wont be any more tbh :) warning, pelit, point blank and kompaniet will all switch team names soon though :)
And isn't that difficult to guess to which teams they might switch :)
Parent
h2k / tek9 and uhmm logitech ?
Parent
Logitech.fi has a team already. However if they aren't active then Pelit to Logitech

Think Tek9 would only go for a benelux team

All those are made up, so sorry if I get it right :)
Parent
takenteam > tek-9 or h2k if they dont take kompaniet
kompaniet > h2k or cph?
pelit > logitech
warning > redcode/x6tence

my cbooky
Parent
Rumors say that Logitech are tired of their finnish squad and are looking for another skilled Scandinavian team... *hysh hysh*
Parent
*exilium -> redCode by the looks of things...
Parent
fnatic, 4kings, SK & NiP

anyway nice article
'we can only hope' ;<
Parent
fnatic is actually quite feasible, you wouldn't be joining the ranks of the '1.6 team, but the academy is highly likely.
Parent
They were looking at One2 a while ago. However atm the only team I could see going to Fnatic is Kompaniet
Parent
one2 = Cph right? Or was. Agree about your 'predictions' above though, not sure about logitech though. Which team do they've playing for them?
Parent
Some of their old BF players.
Parent
NiP is dead
Parent
Great initiative. It's nice to see so many ET players in top clans, but there is that nagging feeling that we won't see the best players switch.

I can confirm that SK:

a) Going to be covering ET:QW when the new site comes out.
b) bds knows about ET:QW and 'its interesting' and considers it a possible esports title.

For it to get big though and to be considered by the big guys (NiP is dead by the way and was '1.6 only, so they wouldn't have picked it up anyway), but for the likes of MYM, SK, 4Kings, Fnatic

- Needs a ET:QW TV mod as soon as possible
- At least one of the big competitions to pick it up (WCG has opened up its selection, so this is viable)
- Single language/country teams are a big advantage. Although I think multi-national sides have the most skill, this is just better logistically.

For any of the players from the teams mentioned above, I could try and get contacts for some big organisations [that would be suited for you, eg Warning - redCode] so you could send them a formal email to inquire about joining, although I wouldn't expect anything.
I guess it has to be assumed that ETQW will be at Quakecon for at least the next year or two.
Parent
I know it's confirmed for next year at least, but beyond, I wouldn't pin any hopes. No team game has been played there more than two years in a row :P
Parent
evan the esports guru!!! ALL TAKE NOTE, your suggestions are rather niave although your iniative is rather welcome and lovely!
Parent
Great read, enjoyed it.

But I hate to ask the question, will ETQW take the backseat as the release of CoD4 comes?
Cod4 will walkover etqw np
Parent
Sadface.
Parent
retard.
Parent
guess not!
Parent
pelit to logitech? nah :>
kullerva forgot me! :(
Who are you?
Parent
2ez4stuka
COD4 will be taken by the big MGC's and ETWQ will die when that happens :/
Game is in early stage and sponsors are already picking up teams, how they can be sure they will got skill not just prac since beta1 skill.
tbh i think it's kinda rude not to include a team such as ocrana. ofc they've made some changes in their lineup (but they are not alone there). but they were for sure one of the best teams (top4) up until retailish, which was just about 3 weeks ago..

but then again. these are the teams You feel will be dominating, and that's your personal opinion, so i can't say you're wrong either :)
GO HAZZ - btw I love these articles, it will be fun to look back at this in 2 years or so :D

ONE CAN ONLY WONDER!!!
Bad that ETQW can't show that ET-player were clean, they just need to update their etBot to etqwBot..
And I'm sure there even are private and personal bots out already to ETQW...
Parent
geez stop the fucking conspiracy man
Parent
:<
Parent
you cant upgrade your bot
Parent
Well, buy a new one then.
It's not a high price for ET-cheaters to show that they own in other games too.
Parent
Dude, mAus perfo aza and all those other players you find suspicious play Quake and without much experience in the game they adapt really fast. Their aim and movement is so nice one should be a retard to accuse them of hacking in ET.
Parent
Aza is clean for sure!
Well, I don't care really, they can own so much they want in a game, but I don't think anyone is clean until they play on a LAN where its impossible to install cheats..
Yes, paranoid is the word.
Parent
OCrana should have been there. I agree.
I think that Ocrana still have the potential to be a very good team. I think some teams will fall away but others will surprise and do well, just have to wait and see who =)
even without sledGe?
Parent
gl to stuka & other finns
nice read
mhm nice read
nice post henti m8....encouraging.....however, what are the chances of established et teams (like us), recruiting from scratch a new qw team?
all depends what skill level nationality activity etc. you're going for, can't say
Parent
any team who's got the right dedication can be up there. ofcourse.
Parent
white power meight

As you can see there :

ET: QW isn't the BIG success awaited, for me and many others RtCW and ETPlayer, ET: QW is a big disappointment.
The game is overhyped at the moment, we'll see if it'll growing up alone, I'm realy septic about that.
Those stats are arse, no idea where you got them from. Even at worst estimates I've seen from some sites ETQW has still peaked over 4-5k at times.

I agree the numbers haven't been all that, peaks aren't usually reached for the first 2-3 months of retail on a game anyway, but those numbers can't be coming from a reliable source.
Parent
http://www.xfire.com/cms/stats/
http://archive.gamespy.com/stats/

Haha
Parent
Xfire stats from the month before the game came out, you rock!
Parent
1. October wont be different
2. Gamespy, haha always less then 3K
Parent
well bf is always 15-30k but the clan scene is almost dead.
Parent
nice article hentai:>
this game will be big trust mee
i do
Parent
We all do!
Parent
i dont trust him. blame his nick and how he acted last time.
Parent
i was being sarcastic
Parent
Nice statement kullerva :p
Well done, hentai.
they were hax0ring our leet techs!
Well they could even destroy our sand castle...
Parent
'build a sand castle' tbh! :D
Parent
aka alexl & pepper
lol
Parent
unisol
Parent
alexL and unisol :X lying to EYE about real nicks+past
vad mycket du vet...men ändå så lite
Parent
hi mr cb banned that fake nicked your way into eye :) please go and destroy some other game community please, etqw is doing fine without hackers..
Parent
Oj, vad agressiva vi blev. Som sagt, du vet ingenting. Du vet varken varför jag blev bannad, varför vi hade nya nicks från början av etqw m.m. Oh, ja just det. Varför skulle jag fuska i etqw? Jag klarade mitt rätt bra utan, eller?
Parent
and why the hell would they HAVE to play with their former nicks in a new game? and he is right, you don't seem to know shit either : D
Parent
Probably because unisol is still banned on CB. HF with your 10year ban coming up...
Parent
nkm cheats and hazz should stick to driving touring cars!
definetly didn't cheat, they are talanted and can perform equally good without cheats

oh wow, with their attitude I never expected any of them to be cheaters! *shocker*
Nice article, disagree with the list though. Nice statement kullerva :>
what would you change?
Parent
My fav bit from EYE "it's possible that the team will lack the style of play carried over from ET"

Now lets look at those teams:
Speedlink nearly all ET
Eye all Bf2
dignitas more than half bf2
Grof all but one bf2
.b not too many from ET there
Kompaniet only one from ET most bf
Pelit nearly all bf2
Warning half of them bf2 players.

Hmm guess none of them will have any style of play :P
they'll have styles of play, just different ones
Parent
Its interesting to see the impact that even 1 average ET player can have on a team!
Parent
Not sure if this is what you mean, but there's a whole tactical mindset for ET/RtCW that's pretty different from other teambased FPS games. I'm not sure how much that applies to ETQW, since I didn't really play it enough to be sure, but I'd guess a fair bit...

EYEBALLS have another LU, so im not so sure about them.
=)
hmm ocrana is missing
Back to top
Thompson or MP40?
Download ET
+
+
+