look at this jew

\o
Parent
\o
Parent
xDD
Parent
Win.
Parent
OOOOOOOOOOOOOOOOOOOOOOOOOOOOOOOOOH :OOOOOOOOOO
Parent
http://www.crossfire.nu/?x=user&mode=view&id=7146
Was the same with Theodor when news claimed that Israeli soldiers were killing doctors and such.
pala was also in that journal, more than theodor I think.
Parent
What's the problem? Israël is on a self-destruction path, which can only be perceived as a good thing.

Civilians dying is an unfortunate necessity I'm afraid. Let me remind you of the popular proverb, ‘ you cannot make an omelette without breaking eggs’.


Edit: Besides, terrorists will focus on Israël again for a while. W-Europe (and perhaps the FIFA World Cup) is a bit more safe again.
what if you are a vegan and don't want to eat an omelette?
Parent
EATING EGGS = ABORTION!!!!
Parent
Zyklon-B.
lmao :D
Parent 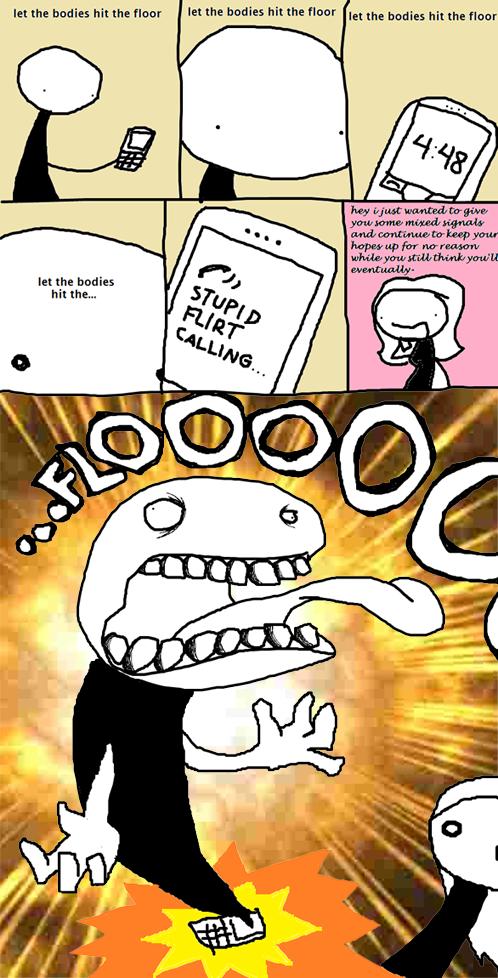 Jewish is the best nation in world.
try breaking a military siege for a PR stunt, get warned to turn away, refuse+middle finger, get takenovered, look surprised, try fighting the best and most highly trained commandos in the modern world with knifes and clubs, get killed, look surprised again.

I honestly think a website where 15 years olds post pictures of hitler is the best place to discuss a political issue. I bet all you belgians, dutch, french, polish, british and the rest of you europeans have really proud grandparents.

and for you turks, we israelis have tremendous respect for you. too bad you're following your president into a arab-like, sharya based state. puke ignorance and religion fanaticism out of you.
woo, another one who can think for himself!

yes youre right, I believe it was a PR stunt, however Israel attacked on international waters which make them the law breakers. So no matter what, even if they were carrying Osama Bin Laden or nukes or whatever Israel had no legal right to board the ship. :l
Parent
jew got rolled :)
Parent
dunzy :))))))) :PPpppPPP
Parent
:D
Parent
think for myself? why? do you find it funny?
the fact that I remember your name from the time I used to play makes you a bit older than most of the guys here, which disappoints me to see you back them up.

the law has loopholes. an illegal action being carried out against an already illegal action makes it legit. it's called a counter measure and its wildly used when it comes to preventing terror (including finland in afghanistan)
whether you agree upon the circumstances that made israel blockade the port of gaza in the first place or not is irrelevant, but it is perfectly legal to do such a thing against a country or an entity that you're engaged a war with.
so does an attempt to break the siege, hence so does an attempt to stop the attempt by military force.

the fact that you jumped on the legal perspective of the subject(even though you were wrong), without showing any compassion to who is right(especially with the nuke example), just proves me no matter what I say you'll keep on going with your blinded opinion and I'm pretty much wasting finger power in typing this.
Parent
oh no no no, you got me totally wrong.

I had not very fruitful conversations with matan and pala earlier, http://www.crossfire.nu/?x=journal&mode=item&id=102148

when I was trying to find out each side of the story I only got spammed that im brainwashed as if they had no idea what the word even meant.

Instead you give actual opinion based on something, point of view which explains.
You have to understand I have to approach this subject through the legal view since that's the only thing I'm familiar with. I also understand the war circumstances but still I think Israel was wrong doing. There's obviously blame to both but it was Israel who crossed the line.

we could try to build different scenarios.

what if they were only delivering food straight to target knowing israel would not let all the supplies pass(not talking about weapons of any kind, assuming they were used to defend the ship)
According to bbc israel limits the amount of goods brought too radically which is reason enough for these "peacekeepers" to prove a point of 'How the Barrigade is breaking international laws"

while in other one they actually were delivering slingshots, some rocks, knives, steel pipes and some smoke(?) grenades. israel had all the right due to war circumstances.

followed up by third one were aswell they were delivering weapons but this time israel was breaking the law since they did it on international waters.

also there are some rumours about soldiers shooting from the choppa while it was in the air etc but those are just rumours and shouldnt be taken account unless proven right.

and if you think im close-minded you couldnt be more wrong. the reason im not "passionate" as you say it, is due to pieces missing from the puzzle. I want to base my opinions on facts, odds and logic.
Parent
so it seems we both had wrong first impressions on each other.
I haven't read your conversation with pala and matan(who ever they are) because I kinda lack spare time and according to your first comment I can see the perspective you received by talking to them, having knowing the general opinion of israelis and their poor expression abilities in english. in times like this I wish internet wasn't available for public
use.
however, if you have any questions concerning the subject I'll be happy to assist, I see it as a national errand.

law divide things to black and white, while war isn't an all black and white issue. that's why we have gray areas of law. law is bendable, it has, as I said- loopholes. although I agree it isn't the rightmost thing to do, but what more options can you offer?
fighting terror with law is useless since they're using it against you and fighting terror with terror makes you a terrorist. that doesn't leave you with much maneuvering space.

israel has crossed the line? we offered them more than once a peaceful solution that doesn't include breaking a military siege by their side nor hostile takeover on ours.
in my opinion, going against military forces with world-wide citizens IN ORDER to produce a global scandal by knowingly risking them IS crossing the lines.

for your first scenario-
first of all, forget foreign aid. gaza and the west bank are currently being supplied by israel, for no apparent reason. they aren't a part of our country and actually are pretty much an hostile entity, nevertheless they get our water supply, electricity, sewer system. people tend to forget that.
getting on topic- the original offered plan by us was to get the supply to an israeli port, inspect the aid for weapons and deliver it straight into gaza, afterwards the entire delegation would be flown(spelling?) back to their home countries on the expense of the israeli tax payer. after seeing them kicking the living crap out of our most elite soldiers shows me why they refused.
by the way, after everything was over, there were weapons found. and the rest of the 10 ton aid(which sound alot but wouldn't be much of a help for a neighborhood in gaza for less than a month) was outdated and worthless, just shows this flotilla was more of a PR stunt than a aid delegation.

about the rumors, actually thats the first time I heard of this. I could tell you its impossible since I know our troops but it won't be enough.
I've served 3 years in the army(since 2007 to march this year), out of which I was a squad commander for 1 year and platoon sargent for 8 months. I still do serve in the reserve forces. I know the rules of engagement, and so do the guys who boarded that ship. we have really strict rules on the subject, being a nation constantly inspected with a magnifying glass, especially on an incident so fragile such as this. there is no way earth they opened fire before getting beat up.

I actually admire you for investigating the subject. most people just lock on their opinion and nobody can turn them away from it, even if they're proven wrong.
I've been surfing alot of international communities since this burst and I have to tell you are a rare person these days.
Parent
I had the right impression but it was poorly expressed I guess.

- We both agree that it was a PR stunt
- it was a bait that Israel took. they provoked but Israel took illegal action.
- I dont believe there's any base to that rumour but just thought its worth mentioning as there are rumours from both sides
- weapons? if you mean the ones showing here: http://dec.pp.fi/images/quotes/crossfire/pala.jpg then I can hardly agree that those are weapons. take note the ship had 600(?) passengers and I know I wouldnt go out on high seas without any kind of self-defense, was surprised there was no firearms found.

the whole thing starts to be quite clear in a way, feel like just repeating myself by now
Parent
I'm not following.. what's your impression then?

- agreed.
- no bait. it was a win-win situation for the flotilla, was so from the beginning. boarding in international waters under these circumstances isn't illegal. a loophole isn't illegal.
- I don't think there are rumors on our side. everything is backed by evidence.
- the mediterranean has no pirates. I've been on several ships in the mediterranean and I don't recall clubs, knifes, slingshots, axes and stun grenade available for passengers, unless you're getting ready for war\a fight, then your "peacekeeper" status is revoked.
Parent
that I could have actual conversation with you.

Oh btw, to finish this conversation, there have been reports of proofs that there were mercenaries who were hired to fight with the Israeli Navy (and taking advantage of the real humanitarian people there)
There are talks with turkey and our defense Office about this. Though, I'm not saying it's true and I find it false too, bu anything happens (especially the fact they found hundreds of cash in the pockets of the "humanitarians" who brutally attacked the soldiers. Don't take this comment serious since I doubt that myself.
- most of the "weapons" were tools and the amount of weapons found is insignificant compared to the size of the operation in whole. though I was wondering about the slingshots.
Parent
I'm sorry, I still don't follow :/
your impression says you can or can not have a conversation with me?

- in a win-win situation every move you make is a bait.
am I talking to a wall? what wasn't clear when I said it is legal to board in international waters under these circumstances?
- it is a rumor as far as he knows. al-qaeda activists were found and identified on that ship. every person killed or wounded who had treatment in israeli hospitals had money and pre-prepared weapons found on them.
Parent
Back to top
ET Spring Cup 2021 predictions?
Download ET
+
+
+