Cod4 i ran easily on 250 fps stable. No wenn i play blackopps i have everything on the lowest performance possible and i get (wenn i stand still 100+ fps) however wenn i start moving shooting i start lagging (fps drops) i dont know if the is the start fase of this game because i here more people about the lag problem but that can also be ping related.

Does someone already has a highfps config for cod: blackopps or can help me with this problem :D

THX
51
Ye, afaik everyone has it ;) Will prolly be fixed after there will be a promod released :)
So there are more people with the fps lag not ping lag xD ?
Parent
Yeh, thats what I meant =) Dont know why people already bought it when there isnt even a promod released :D
Parent
black ops like black people?
yes sir! 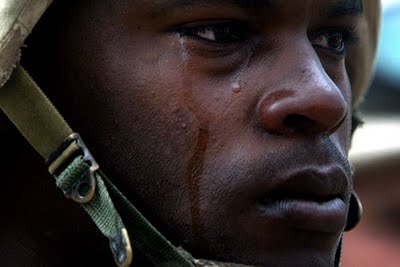 Parent
This pic just can't grow old :DD
Parent
i dont think any picture can grow old you retard
Parent
sure they can
Parent
call of dirty black cocks?
Parent
when not wenn
no can do
hi matey! sorry to mention this, but you're just too low h3h3h3
Everyone on Black Ops has FPS drops right now...
they are too stupid to patch at releasedate.
guess they wonna fix the crack enabling people to play online.
for mw2 it took some months for the MP crack to come out but this game appears to be even more fail.
Everyone has the same issues atm mate, just have to wait for the patch. In the meantime. 173.199.74.1013074 g5 public <3
can i join the server even if im using a deathadder?
Parent
You will get banned if you don't know the g5 lifestyle
Parent
I have a g5 aswell np :)
Parent
g5 isn't about the mouse playaaaaaa, it's the lifestyle http://www.youtube.com/watch?v=-1pKow9hdlY&feature=related
Parent
thats one epic movie
Parent
g5 baby
Parent
Bad move, Tom. Bad move.
Parent
using a deathadder?
Parent
No, socializing with g5.
Parent
I dont even have BO :D Fuck, I wouldnt even join the server if I did ;p I just think Waki is amusing ;o) Been studying the whole day, gief me a break Rico ;<
Parent
For a second I thought you were going to, though. :(
I have a test tomorrow too, I feel your pain.
Parent
C'mon, you know how I roll :D Have 2 tommorowz, gnna be easy bash I hope :D
Parent
Good luck with that, mine's gonna be effin' hard and I can't be bothered to sit down and review anything. :)
Parent
Haha, good luck mate! You'll pwn the test!
Parent
erm and the right ip is ?
Parent
173.199.74.101:3074 That is the correct IP. If you are trying to /connect it doesn't work yet, just filter servers to TDM and search for g5 in red ;)
Parent
cant find it, its not in my list :[
Parent
Sometimes need to restart your steam/cod. Everyone had problems finding it at first but we have everyone on it now :p Most crossfire players are on it so keep searching! TDM, lowping and uk server. Noice!
Parent
i don't have lag
It's system dependent, the general opinion seems to be that COD:BO has not been CPU optimised. If you've got a decent multi-core CPU you should be OK, if not you're buggered till they release a patch (which apparently Treyach are working on already).

You can try these console commands to possibly improve the situation :-

If you've got 2 GPU's don't use the first command.

If you've only got a single core CPU don't use the 2nd.

It seems the defaults for these cvars are the wrong way round (they've assumed everyone has multiple GPU's and only single core CPU's!). Set them the right way as above and you should be OK providing your CPU has enough grunt to begin with.
Got te same problem, running mw2 on highest settings on max fps, and cant even play this on shit graphics O.o
is it good jackie? :D

should i buy it for some cb 3o3 pwnage?