:s serious accusations going on by team estonia :s
97
nothing wrong with scripting till a certain lvl
basic psychology shows that you feel offended by it somehow, so you have to share this with other people to feel more comfortable with yourself, just saying
yes I do feel offended :(
Parent
if i were to ask you to describe a certain magic world, what would you say?
Parent
or he just think its funny people start making things like these up
Parent
dr mant has spoken
Parent
I LIKE U
Parent
heard u are using a netlimiter. lOl
oh you so paranoia always ;)
Parent
qué tal?
Parent
sisi
Parent
haha
Stop acting and give me one as well!
lol script user noob :)
jij bent ook echt een dikkertje! woeshh
aimbot script or what?
last few weeks or so since he got new internet everyone is complaining that he has a lagscript :d
Parent
New internet? He could rather have stolen it from some homeless guy with 56 kb/s
Parent
i have that download speed :(
Parent
nothing's new.
Parent
stupid netlimiter user -.-'!!!!!
Oh xPERiA...
wat script?
If SQuid starts to lag as well now I'll spank that bitch.
i specced u once cause ppl were saying how u own and all, when i specced u were fucking shit

what is this about
sorry to disappoint :S
Parent
np, i actually thought u have become some super player cause of the comments so i felt dissapointed idd after speccing u
Parent
well on a serious note, not sure which game you specced but lately haven't been 'fucking shit', at worst 'decent' the rest of my games were good :S!
Parent
He's just unhit, not hard to own people while they struggle to hit you
Parent
sup xperia
nothing much, gettin accused of serious crimes, u?
Parent
nothing much, studying hard for my last exams this semester. Not much time for ET related stuff atm. Hopefully going to lan in summer. :)
Parent
Removing that question mark shows how imbecil you are and thats just an another proof :)
oh wow i didnt even notice that, i will put it back right now, thats a fail on my end :S though that doesnt seem like a regular question even with a questionmark being there :(
Parent
oh now you are starting to talk about whats regular and whats not :D ookay...
Parent
are you saying that because you find me fascinating? :s
Parent
well, if you arent able to answer a question like that & start showing off here, on forums, then i find mants' fact to be true :) nothing fascinating here. I had no idea whats the story behind your lags so I had an badly killing curiosity... but in my eyes u failed again, though. have a nice day, kanker.
Parent
I actually have answered the questions many times, about my lag. I can't help it, and trust me I rather play 48 ping, like I'm used to, you have no idea how annoying it is that not only the oppo constantly whines, or that the one time i lag hard (requires a different type of shooting/playing cuz of delay) and the other time i got nothing at all, which requires a normal type of play again.) how could you expect a serious answer on what you've just asked me, like, really? if I were to use something illegal, you think I'd just share it? lol, man. and you're flaming me for being an imbecil! well I can make a long story short, you guys don't give a fuck anyways because your minds are filled with anger towards me >:( I'd say it's fascinating the way people think up new things, every day. from netlimiter to lagscript spreader, oh well.
Parent
attend this lan, lets smoke some weed and drink some booze and its okay - gonna quit after that anyways. in the meanwhile - enjoy raping :D
Parent
I am going, spread the love n stuff :s cu there then
Parent
spread the love? hows that going to work out? every time when we play vs you, it ends up like this anyway. atleast in TS :D
Parent
hahah, yeah well I'm sorry about that, it's not like I can comfort you guys :D
Parent
upc much?
Parent
yup
Parent 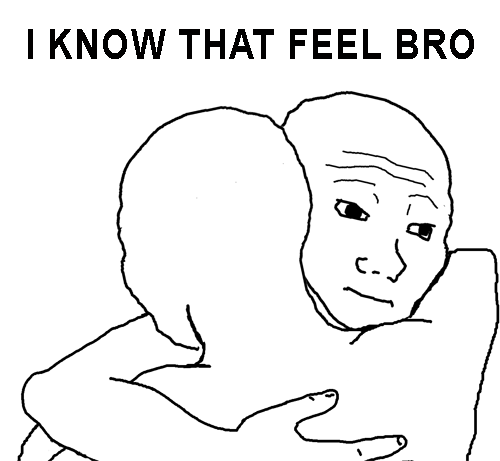 Parent
COOL JOURNAL
Th/!\nks
Parent
u offended bro?
Parent
yes
Parent
calm down bro
Parent
kanker xiiter
or how your write that
Jij bent lijp man!
What? Your one of the most hittable players in the game :/ People just can't aim :(
You funny man ;D But he obviously got something fixxed because last week he wasn't teleporting all over the place.
Parent
I might have gave him something ;)
Parent
fucking mages
Parent
lol noob its called blink
Parent
blink with 0.5s CD =(
Parent
SORRY XPERIA BUT I DON'T BUY YOUR STORY, WHICH WAS YOU GOING TO LIVE IN THE WOODS AND GETTING A NEW BAD INTERNET. SO EVERYTIME WHEN A PLAYER ON THE OPPOSITE TEAM COMES NEAR YOU, YOUR PING GOES BETWEEN 120-140.
TOO GOOD INTERNETZ IN NETHERLANDS I SEE. WILL KNOW @ LAN IF I CAN WARP SO AS WELL. THEN IT WILL BE WARPWARS.
Shit is shit. nothing to see here. move along.
One hell of a decent connection, which aint going 999, ping just hops up to 140 when enemy comes closer :) normally running around with stable 50.

Too bad that christmas is over :(
Parent
wait, what? :D
Parent
read again, i think it's pretty understandable.
Parent
macro skills on keyboards. Or maybe his brother, lunatic, watching him and when he's shooting he set up upload too fast :DD:D:D:D:D
Parent
D:D
Parent

typicall expression when i watch a gtv match.
Parent
that was all about Lebron James's 4th quarter performance :)
Parent
pls share ur script with me too :DDD
xPERIA is using a torrent when he plays 50 a 70 ping.
HEHE TANKS FOR SCRIPS XPERIO
i sell this script for 5€.

and +attack;cl_maxpackets 41;-attack;cl_maxpackets 100
maxpackets dont works more on the new ETPRO ;P
Parent
ye i know, but this is how it was done :P
Parent
true I used also it was fucking nice :D
Parent
cl_maxpackets 41;rate 21111 = win :)
Parent
timenudge -20 !!!
Parent
u were mad because I was warping NOAW EVERYONE IS LAIK SAYING THAT TO U HEHEHEHHHE ;DAS;D;AD
lun4tic just downloads movies and shit and they're sharing the same internet, he can't help it that he's lagging and he even whines about it himself

he just puts destroy mode on
Or open uTorrent and make connection with a torrent :-)
Parent
Thought beasty lag script and stuff were useless since you cant change rate, maxpackets, snap and stuff anymore
kamz is a master trolls.he trolls took me 150 euros from kresti you do not make him a frag movie, Razz pm, he is a troll, so I play the game kamz I troll with him, I guess we both have a nice trolling discussion and the next thing im banned all-powerful and et.6on6. conclusion? kamz crazy, which I dont get it how to be a troll king crazy?

He I am going to say, I'm banned u cause u have to slow down, and if u told me how u like me now troll anymore?

the final words of some of the guys krp.et, goku, kamz, a necessary evil in this Comunity, feel they give reason to change from normal ppl

seems better than Harry potter...how much for copyrights ?
Parent

Parent
Don't act so innocent xperia, I have at least two of the scripts you've used or still use at some point.
that sound script was fuckin shit man. deleted it same day. the push script THAT YOU MADE however, is working like a charm.
Parent
The sound script was nice, in theory, but it just didn't work out too well with pistol :< Though I never really saw much of a use for the push script, so much easier to just press F.
Parent
Are you that guy who used to be in accurate with destiny and dunzym8? eager or ipson?
Nope! ipson's a mate though, haven't played for accurate.
Parent
cheats
I still love you
:O
Parent
heard u are using a netlimiter. lOl

true dat.
are you a wizard?
relying on dr mants speech i will introdouce you to basic psychology

Before you delve into studying psychology, it's important to learn some basic information such as the different branches of psychology, theoretical perspectives, history and research methods. Whether you are new to the subject or just want to brush up on your knowledge, these articles can help you get started on your studies.

Question: What Is Psychology?
One of the most common questions asked by students new to the study of psychology is "What is psychology?" Misconceptions created by popular media as well as the diverse careers paths of those holding psychology degrees have contributed this confusion.

Psychology is both an applied and academic field that studies the human mind and behavior. Research in psychology seeks to understand and explain thought, emotion and behavior. Applications of psychology include mental health treatment, performance enhancement, self-help, ergonomics and many other areas affecting health and daily life.

Psychology evolved out of both philosophy and biology. Discussions of these two subjects date as far back as the early Greek thinkers including Aristotle and Socrates. The word psychology is derived from the Greek word psyche, meaning 'soul' or 'mind.'

The field and study of psychology was truly born when Wilhelm Wundt established the first experimental psychology lab in Leipzig, Germany in 1879.

Wundt's work was focused on describing the structures that compose the mind. This perspective relied heavily on the analysis of sensations and feelings through the use of introspection, a highly subjective process. Wundt believed that properly trained individuals would be able to accurately identify the mental processes that accompanied feelings, sensations and thoughts.