by 5H1V4 • 5 Apr 2012, 13:06 • Journals
Man srsly what the hell was that yesterday in London? Chel$ky worst team ever, millions and millions wasted to be dominated in their own home by a "poor" team with only 10 guys ahahaha you make me sick freaking (wont say what i really wish because of tosspot) retarded fans neither sing neither support! new billionaires what else?

I am truly pround of my team! Fucking disgrace referee and mafiosi uefa managing 1/2 final.
Against modern football! 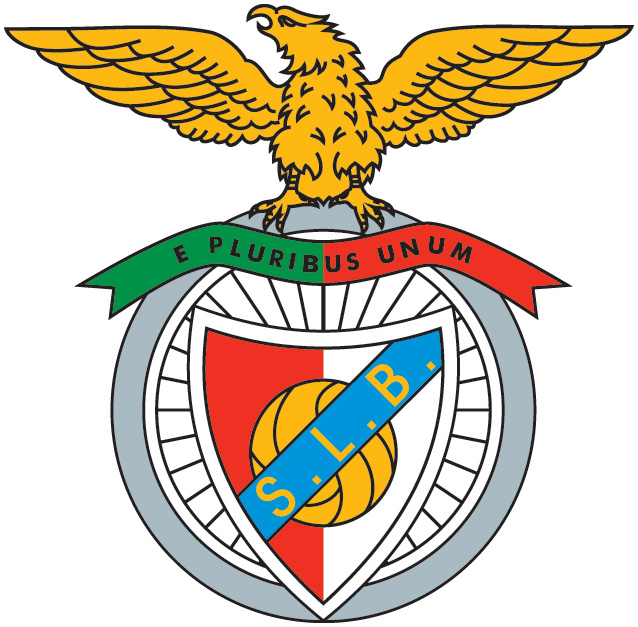 46
dont care at all
seems like we saw a different match :o)
what the fuck? chelsky was better?
Parent
1:0 away, 2:1 home - yeah, Chelsea was better.
Parent
:D
Parent
Ownd by Mereiles
needless to check your profile to tell that you're portuguese
neither - nor [x] neither - neither [ ]
dont you also think it's rather obvious that Benfica is forced to play offensive as they're behind in goals..? Chelsea just had to play safe.

cba
good teams also win against refereeteams
farsa matches against real madrid
Parent
Benfica one of the most beautiful clubs in Europe (; Feyenoord Rotterdam!
feyenoord 100 flares in a training, i had that pic but i lost it :( respect tho
Parent
Benfica played well and Chelsea played poorly, there's no doubting this. HOWEVER:

- The penalty was pretty straight forward
- The red card was pretty straight forward, 2 silly yellows
- The ref gave chelsea a lot of 50/50 decisions in the first half, I agree
- Over 2 matches, how many chances did you really have? I remember the goal and 1 great save from Cech in each game, not really that impressive.
- Chelsea - in particular, Kalou & Ramires missed lots of chances.
- We played Kalou - so we only had 10 men too.

As Klas points out, you can't hate modern football and be a passionate benfica player. Benfica and Porto are great examples of teams playing the modern game well, buy low and buy successfully sell high to crazy Russians and Arabs!

Question - how is Matic for Benfica? I really liked him at Chelsea, was a shame he never got much of a chance.
I like people like you, that can really talk about football, lemme put out my points of view

- I don't think that the it was penalty at all, shoulder on shoulder, Cole is smaller, so what now? my cousin will play for Benfica to have lots of penaltys?
- The first yellow card was a bit stupid, he was the team's captain yesterday. the second was correct imo but he wouldn't be sent off.
- What? Mikel was like always interrupting the match, at least a yellow card for him and another one for Lampard in a fault against Bruno Cesar (the nr8)
- Man despite of the shot in the bar by Mata and the goal Chelsea did 0 in Lisbon, we had that penalty made by Terry's arm and David Luiz saved you over the line. yesterday, Djalo with 1 left foot shot and two headers + Cardozo for a great save by Cech + Nelson Oliveira shot to another good defense by Cech. Yesterday you had the goasl + Torres Mata and Ramires shot.
- We had Emerson dont really compare him to Kalou...

Well Portugal doesn't have players to play in our teams, the goods are in Real Madrid, Manchester or another teams as Chelsea. We want to compete for a win in Europe,we cant really play with low players as Andre Almeida or Mika that are young. Nelson Oliveira and Djalo played yesterday tho. Nelson Oliveira in 2/3 years is going to leave, the good players doenst stay here (see Coentrão).

Matic is playing not so regulary, I think he is a great nr 8 (Like Meireles or Lampard to you, well not really like Lampard, maybe like Carrick in Manchester United) but our coach puts him in Javi Garcia position, like you had Mikel yesterday or Essien most likely. Javi had to play as CB because Luisao and Garay are injured, so Matic played yesterday and i have to admit that he was really impressing me
Parent
The English commentators made a good point last night that in the past 2 years you've lost Contraeo, Ramires, Luiz etc - the coach of Benifca should be proud of his teams European season, especially when you add in last nights injuries.

Had you played against Barcelona you would have seen real UEFA Mafiosi (http://www.youtube.com/watch?feature=player_embedded&v=s5x0iM0oQps ).

I'll happily trade you Matic for Mikel :D
Parent
Yeah, i would like to see this team with Garay Luisao (injured) Coentrao and Ramires... would be great as Ramires is a fucking animal he runs so so so much and for a nigga hes quite inteligent (jk no racism at all)

I know, nobody likes Barcelona in Portugal (Mourinho and Ronaldo help this opinion of course but we have eyes). Every single UEFA game they have help. With Milan, seriously the 2nd penalty :D and 2 penalties for Milan that the referee didnt "saw"

No thanks :P i liked Mikel 3/4 years ago, he is just low+ nowadays. Send Frankie or Mata and we talk about Matic :D
Parent
nobody likes mourinho and c ronaldo in the rest of the world, i'm afraid :(
Parent
LOGIC

yeah true, but n1 likes farselona aswell :P
Parent
ITS STEFAN, BUT I CAN FORGIVE YOU!
i kinda like messi tho :( hope we can still speak now
Parent
ofc we do, your my belgian bro :D i like messi, dislike barça
Parent
All that Benfica did was kicking other players

get the fuck off
You look like a mad fan whose club got beaten by Barca and blames the refs :))).
http://www.youtube.com/watch?feature=player_embedded&v=s5x0iM0oQps - Barca + Ref = unbeatable.
Parent
Don't tell me you're blaming me Barcelona for few referee mistakes, which he also did in the first leg in favour of Chelsea. Besides, this link you posted is so biased :').
Parent
Without a shadow of a doubt Chelsea woulda won that game had it not been for the disgraceful refereeing.
Parent
Without a doubt, Barcelona would've won the first leg if it wasn't for the referee mistakes. So what? We didn't, life goes on. I'm not bitching all the time that we lost to Inter because of a lot bigger mistakes that those made by referee in Chelsea vs FCB match. Life goes on, referees make mistakes, sometimes big, sometimes small like they've always done.
Parent
And Barcelona have never been robbed? :P For example watch the first Catalonian derby this season, tsajajaja. S*** happens. And too bad this year you dont stand a chance 8< Viva Blaugrana!
Parent
I still didn't get answer from you, what did Benfica win in "moden football"?

Its always the same, lose a game -> Blame the referees and UEFA etcetc.
like this wans't fucking made before the game... like Barcelona-Benfica would be better to UEFA than a Barcelona-Chelsea. UEFA is corrupted, football nowadays is a business.

Benfica would win with more games during afternoon, lower ticket prices and good referees in Europe.
Parent
The only UEFA Mafiosi team is Barcelona.

Parent
the ref wanted to see a benfica player leave the field,he was throwing around yellows cards like crazy,while chelsea went away with EVERYTHING

i sure bet he was happy as fuck when some chelsea player fell in the benfica box so he could call a penalty...this shit is champions league football and not ballet..but im sure this biased fucker was happy so see chelsea win,maybe his cunt smelled dat russian oil money

benfica played just awesome,we had so many good chances but petr cech was fucking epic last night
so fucking true man, i love you!

:(
Parent
oh god this hurt so bad :< n. oliveira is still young and has to learn,but this was shit :<
anyway this was a great game,benfiquistas can be proud bro <3
Parent
yeah, i really like him, so powerfull :D too bad he doenst make the best decisions yet but he is still a kid :P

i am pround and you 2 because i know it :)
Parent
i am bro, i am :)
and tonight it will be another huge match to come,whole season at the stake...and anyway sporting fans deserve a beating for what they did at casa do benfica coimbra...
Parent
i was in the stadium yesterday, those fucking retards singing like: you wont win the championship... srsly? sporting fans? :DDDD

yeah, but we painted their lion in Algarve with red paint ahahah.

i think the championship is lost but we will see
Parent
it seems we need cloning tech fast, to create Collina clones to ref this shit

Parent
Miss him
Parent
mimimi benfica is shit
deserved
That's why I stopped watching European cups for this season. We have enough referee scandals in Russia, don't want to waste even more energy on refball.
Benfica still had a good run, but what can you do if most of the referees are shit. Good luck next season.
Back to top
Thompson or MP40?
Download ET
+
+
+