Arsenal and Man-Utd > Chelsea
really? what was the score of the united chelsea game last weekend?
Parent
Well this argument made me smile.. it would have been a total shame if Chelsea did not win. No RVP, no Rooney, no Carrick. It is a transition period, nothing more nothing less. The current players of Man utd, starting by Young, Cleverley & Valencia don't deserve their place anymore. They would rather play for a mid-ranked team.

I guess Man utd will sell a bunch of players to built a new foundation. And then, beating Chelsea will become a usual tradition, once again.
Parent
"beating Chelsea will become a usual tradition once again" In the EPL era Chelsea have taken the most points out of United of any team. So nice argument there.
Parent
yep I somehow exaggerated but I am glad you have my point
Parent
What point? Chelsea are and will remain a better team for years to come. Van Persie is old and hurt all the time, rooney is pissed not being played as striker, carrick is the only decent midfielder and is getting older, while most of Chelsea players havent hit the prime years of their careers yet.
Parent
My whole point was about your first argument about the last game's score. Obviously, the man utd's current team is the weakest we all have seen since ages. Then the last score is everything but relevant when judging the teams performance.

For the rest, you not wrong, although imo Man utd beated Chelsea in the past with a lower team on the paper. The summer mercato will be crucial. Future gonna tell us if your feeling turn to be right.
Parent
United need to ship off guys like young nani anderson and fletcher. Get rid of either Vidic or Ferdinand as well (Id get rid of Vidic, hes not as smart and a good reader of the game like Ferinand, plus Ferdinand is English Homegrown). Id go for a new goalie as well, I think De Gea sucks.
Parent
+1 for young and anderson. Nani and Fletcher can still be useful if they reached their former level. I would also ship off Ferdinand instead of Vidic, Valencia who can only run and Cleverly who does not have the level for a top team.

But I would keep De Gea dude, he's really good.
Parent
That fact that they put Romelu Lukaku on loan again, says enough, Mourinho failed on that big time.
Parent
Lukaku ASKED to go on loan, he needs guaranteed time to make WC team. He also did it right after missing penalty against bayern, which makes me think sometimes he may not be strong enough mentally for chelsea
Parent
Yeh but the point is, regardless of that, he knew he would not get played anything at team again, which resulted at that, Mourinho should just let him stay and put him more oftenly inside, as he has the talent, just need proper work on him.
Parent
Manure are gonna go nowhere with Moyes in charge. So glad he left Everton!
Parent
Moyes is a decent manager. Don't judge him on this season, Man United are strong in strikers and defenders, but so weak in midfield...and midfield is the difference between a good team and a great team.
Parent
As an Everton fan having to endure 11 seasons of negative tactics I am speaking from experience. Nothing to do with this season bud.
Parent
negative tactics? He had a shoestring budget and still managed to give you 4-7th place every season. Judge him on next season, this United squad is awful
Parent 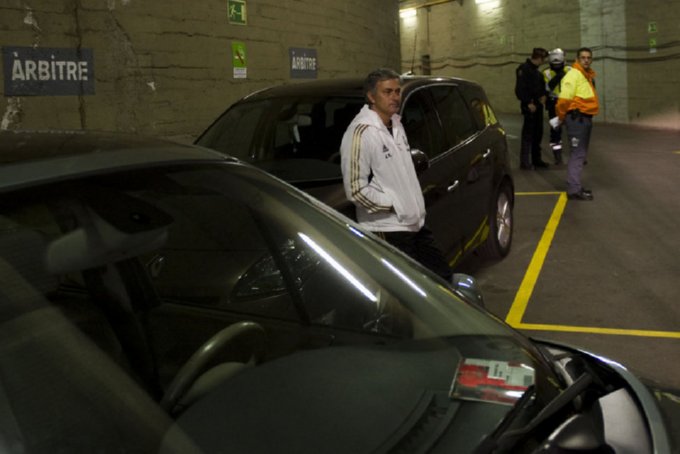