it is time for some drama! To make it short:

WuT and dialer played knowingly with a cheater the whole day long. Of course WuT was streaming the whole time.

This match took place around lunchtime. dialer and WuT should have known by then that this guy - who seems to be bossik - is obvious as fuck.

Later on, they still played with him (the following scenes took place ~ 8:50 pm):


WuT even went to spec him on adlernest and did nothing but laugh arrogant. After he finished specing him, he rejoined the team and continued to play with him. There were roughly around 13 people watching his stream at that moment. I can't be the only guy who saw that. But surprisingly he stopped streaming then and deleted his video:
https://www.twitch.tv/videos/131142562

This screenshot clearly shows that he was streaming today as it says "et nerd saturday"! 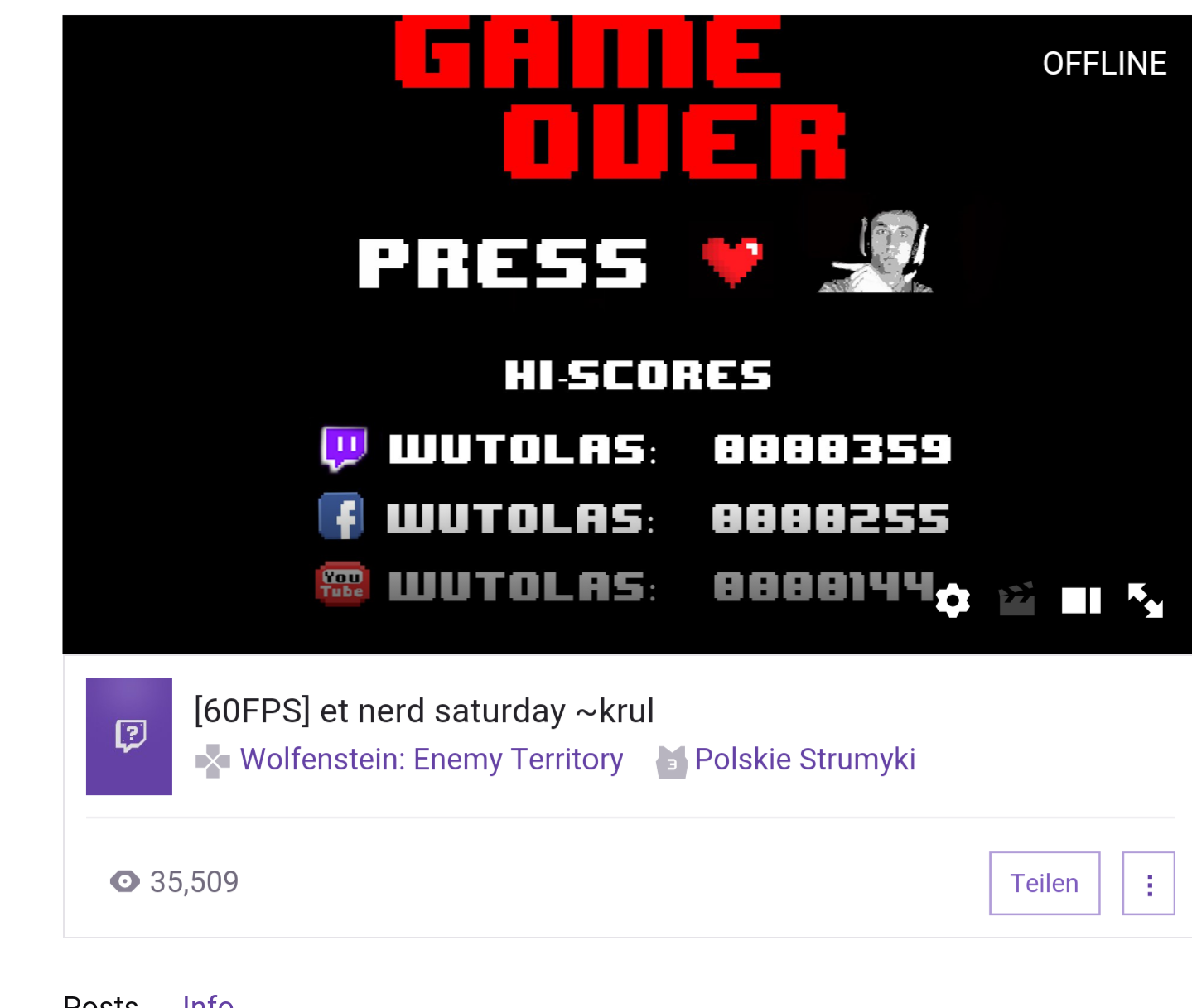 Such an attitude is just lame, pitiful and repulsive. But hey, at least it reflects their (online) behaviour.
79
Can't take someone serious that records his screen with a camera or w/e in 2017.
How someone can set up the bot like that :DDD stupid
It's recorded on wolfcam, where small mouse adjustments will not be registered properly (it's made from the only data that server sent you). It especially makes aim look smoother and flickshots faster.
Parent

nice IP bro , you use Paint or another program ? :)
Parent
I used paint too hide un usefull stuff too be seen aka my bot on desktop, Iam the server admin of the server you played on and used my game nick search engine of my mirc checking the ip with http://www.infosniper.net/index.php?ip_address=89.71.171.234&map_source=1&overview_map=1&lang=1&map_type=1&zoom_level=7 in used the host name seen in my log engine matched your name. so your comment dont seems like o you have edited the screenshot's and its not me...
Parent
ahh interesting :)

Either way this is a lie.
Parent
if you went to Germany three weeks ago how did you login to CG two days ago with the IP that rezta provided?
Parent
he obviously has a little brother that plays on his account, duh.
Parent
Pretty disappointing of those two but especially bossik, hopefully he will be banned from CG and removed from his admin positions on GamesTV & TrackBase. It's kinda ironic considering the recent drama on TB about so-called cheaters in public mods not being banned.
Seriously? From them two? I don't actually care about it, but they have knowingly used grzesziek in offis and cups on GTV numerous times when he was obvious as fuck lmao
Parent
bossik has cheated for ages, nothing was ever done about it
Parent
that's because no one ever messaged the CG admins about it :P

plus, this isn't even the first time he's been banned on CG.
Parent
played vs him in random irc scrim sometime last year, didn't know you'd ban him on CG for that :W
Parent
yep, we can ban for just about anything. cheating in a scrim is definitely something we care about, just need a demo (needs to be 100% conclusive) and their IP from server logs
Parent
thx for ban bro ! :)
yes . it's my 2nd ban :D 1st - when and too much drunk and PB ban me :D this ban - idk ? i didnt play ET 3 months : P
Parent
well, someone cheated from your house. must've been your brother and/or dog.
Parent
i dont have dog ;/ i think it's my cat ;//
Parent
Hahahahahaha you suck
Parent
Sometimes you gotta leave the small fish do their dirt in order to bring the bigboy home Kappa
Parent
thats why i left from the gtv crew ;x
Parent
comeback ?
Parent
jesli zrobia porzadek w ekipie to chetnie
Parent
? XD
Parent
Very different from the way I remember it:

You passive aggressively said it's him or me, we don't take that shit so removed your rights. But hey if it makes you feel any better then go with your story.
Parent
still i asked for this - or am i wrong? ;)
Parent
I like you a lot szczurek, but that was certainly not the main reason as Marcus stated.
Parent
Why make new account for this?

Time to make public statement wut as you are the idol for many new Polish talents.
Waiting for an answer from my korean hq.
Parent
Oops
Wut cheaterlover :ssss
cheaterlover!
... oh wait ...
still displaying an incredible arrogance
6months ban for bossik

thats ridiculous
I like the part when he wants to 3 hs the opponent, leaves his cover and starts the shoot a box because his WH trolled him.

Plays 12 years with ET but still has no clue where are the boxes in Adlernest. 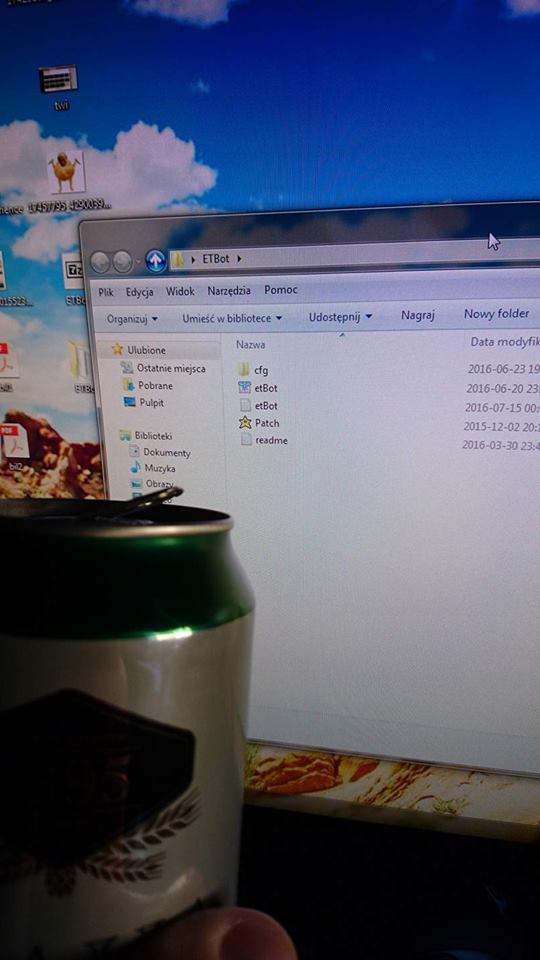 I'll just leave this here to sum up their behaviour:

nie kumam dlaczego gracie z kims takim -- zamiast mnie troche podszkolic :(
Can you give me the timestamps on those videos? Not gonna watch 2 entire videos looking for something that looked "fishy"
0:00 & 0:01
Parent
Ban for cheaterlovers and cheaters. What specula said.
hax4quacks
ahh nice . you are clairvoyant ?? nice!
i'm see 2 guys lorneted and ad!k . no bossik so ?
Go more upload shit demos etc ... PLS :/

done
Parent
Obvious wallhack
Parent
You should consider commiting tiramisu
Parent
10Q
Parent
While you're at it, get proof for Shootej cheating as well and clean up the scum from ET.
Shootej is clean.
Parent
but you arent

#1v1king
Parent
You're just bad ;)
Parent
that guy plays so much it would be odd if he didn't aim this strong
Parent