where to start. We start at the end of this:

LAN WINNER nothing new for all of us, so we just say congrats to the duchies Elysium once more :P
well done you have been stronger in 3o3 and 6o6 against ur enemies, prolly because of massive hangovers at the other tables. =)

place was made by my lovely germans MIG who did fight pretty decent but there was no chance at final after Elysium got supply spawn in first 30 seconds, the game seemed to be over. all in all, you played a really good performance and i will always cheer for you guys :)

place to almighty tMoe who so deserved to be in top3. due to recovering and some miscommunication they failed to win against germans but as they said "we are not only here to win, we are also here to have fun"

before i go on with some random stuff i have to add the 4th place in here. since this team actually won my heart =)
team name was full of lovely people and im so happy to met these guys!!

so here we go with the diary of schNee:
Ekto and me arrived on Thursday and had a little airbnb that we shared with Bobi and Kimi. so after we landed and said hello, we bought some stuff and went to LAN center. damn my head was full of information and right now it feels so empty after all these days :D a lot of people lardy arrived as well and it was a big hello to everyone. later on we had some drinks and we were going to celebrate Bobi's and Ronner's Birthday! so it was a very long and funny first evening which was followed by a hard hangover for some of us.

friday 3o3 day and soooo soooo many games were played that it was very exhausting for some of the teams who already had to play in the morning. in the end

visual did it against TCGO and it was followed by again a long night with poker and some drinks and shots and talks and other actions for example Bloodje thinking that he is stronger than the punching ball what ended in a damn swallowed hand :D

saturday 6o6 time! Follow.et damn these girl and guys. They won all our hearts with their professional perfomance. They came with bagdes a coach and a looooot of drinks to fight for the fun! And what great performance they made! Everyone was enjoying the games and the mood was just overwhelming overall. Alot of games have been played and i can’t even remember alot oft he insides anymore but it was all in all long, hot, exciting and a lot of fun. Remembering those game from tmoe against 6am was one oft he most funniest games ever, almost whole team on tmoe played covert and was just throwing cans out and for fanta it was his moment on lan. He made a 6 man panzerkill or was it only 5? I dunno BUT the fun the spirit of such lans was so real. Everyone was so happy and enjoyed their games so much. So was i, spectating all days and in the end i couldnt resist and joined gather at lan with some other peepz. I had no setup, nothing and the excitement was so huuuge, cause the pressure became real. Sitting between mental and abject who were in opposite team and me having her First lan match after all these years of hyping and lovin this game so much. It was so hot and really guys u got all my respect for sitting in this room all days long playing games. So it came like expected, abject and me having hard fights on radar main. I actually managed to kill him more than once and i was like wtf is going on right now. I couldnt believe whats happening and was punching him a little bit every time i killed him. Damn the adrenaline kick was huuuuge man :D in the end we managed to win 3 maps against our opponents and i made my first LAN WIN! After that i was so pushed and happy and i can totally understand that people love to play at lan, so i decided its about time to play 2020 for the very first time! It wouldnt be me if i wouldnt have recruit already my whole team for next lan and i cant wait to do a proffessional post introducing our awesome team! Full of power and friends!! So the night was going on like the last nights, full of fun and alcohol! Short night incoming once more.

Sunday final day: daaaaamn sooo tired but still so excited to see the games, so i started watching and listening to stream alrdy under the shower and omw to lan center so i wont miss anything! The games were intense and exciting to watch! In the end elysium made it. Well deserved winners. So that LAN was almost done but we decided NO that can’t be the end! We packed all together who were still at krefeld and joined the legendary Saloon to drink tons of beer and other stuff. In the end we left at 5am in the morning after we recorded potty promising that if there will be a next lan, he gonna tattoo follow.et logo on his ASS!!!!

So here is your chance, potty’s chance for a big story for the rest of his life. Make another lan happen! Let’s go girls & guys, let’s go one more ! the mood, the people were so emotional and full of happiness that this cant be the end of et and IT WONT!

Shoutout to: usually i would write now a long list but i have to admit i enjoyed talking with everyone who i met and i dont want to miss anyone in that list. So thanks to all for making this so special and wonderful once more <3

over & out good night girls & bois <3
for any misstyping or big actions i forgot, sorryyyyy , feel free to add. if u click on pic u should see who it is.

join us at discord if you are not already in, to meet ur friends and play some gathers: https://discord.gg/ZX76R3 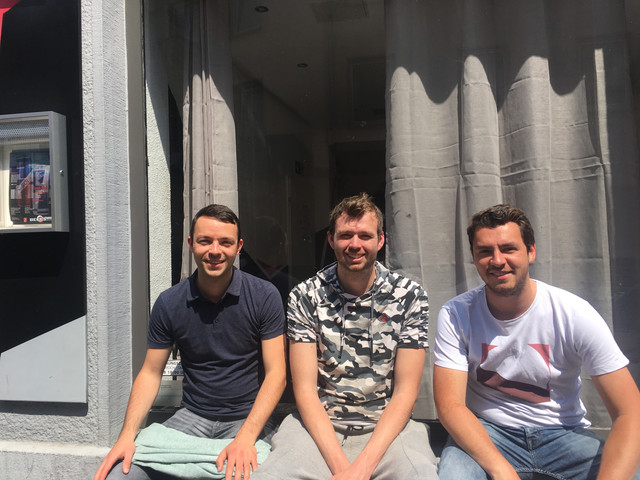 Ava who had to put of shirt after someone donated 10 eur on twitch. thanks to smak :D and gyzr and Testi on pic 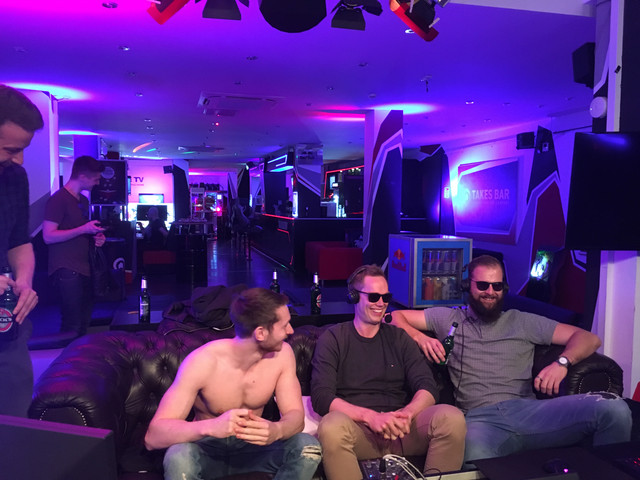 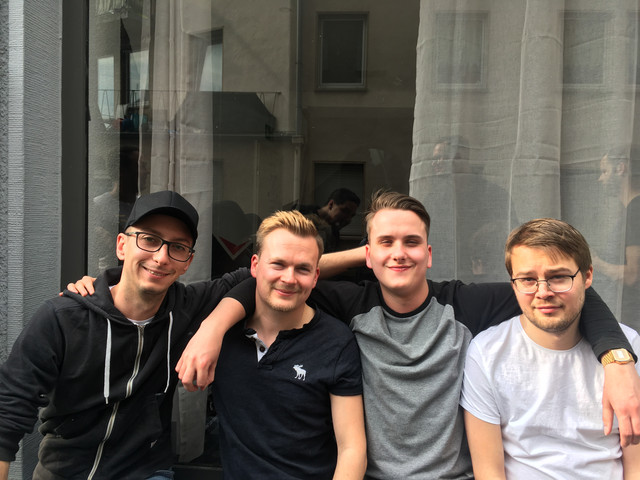 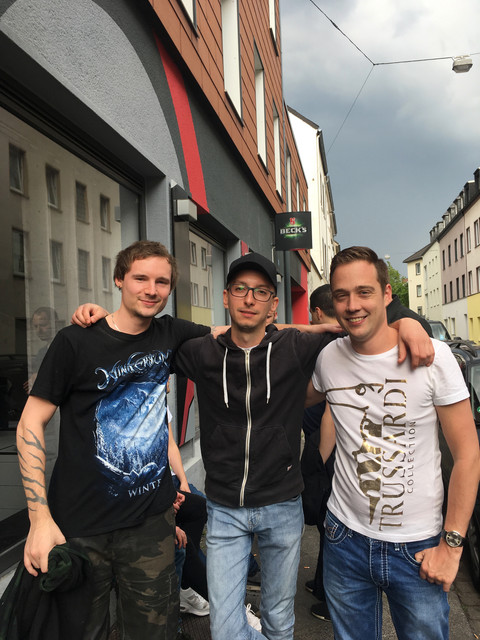 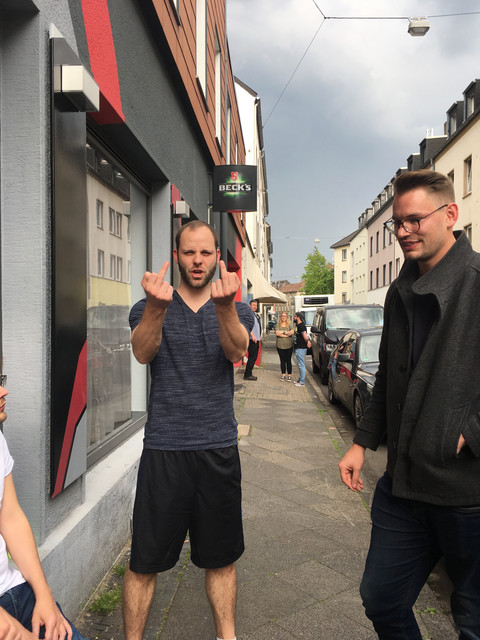 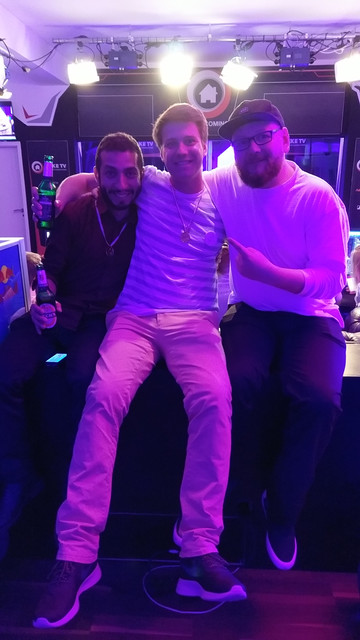 Dialer and Abject hiding after losing against me :D this journal is approved by LeFrancis: 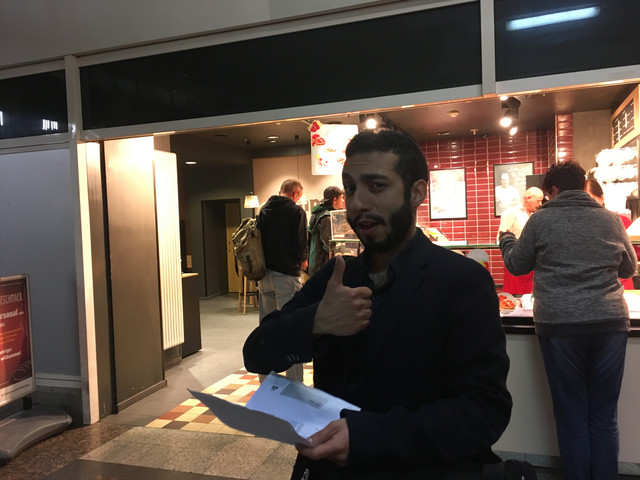 31
cu u next year
<3
Nice journal schNee :)
Was a professional experience - next time, we go for the win.

(no but seriously, was fantastic meeting everyone! and the rest of you, get posting your LAN experience journals too - let me relive the experience more!)

niSmO
Chief of Communications at #follow.et.veterans
what a weekend
Great meeting you! also what a well written journal it was a super event

see you next LAN
Writing faster than our chief of communication, I may have a job for you...
On a serious note, was fun and a great laugh!
CU NEXT LAN
!
Parent
Quality journal, this was full of so many nerds it's insane <3 (tag people in pics if you have the time) :)
nice journal. <3
Sorry missed u and other people for bibiys when I had to leave on Sunday! Cu next time again!
added names!!
This reply won't be the best as I'm sitting in my car in a car park after being sent home from work like 4 hours early as I am "too fucked up to be productive"... It gets harder with old age I'm telling you!

Thank you for such an amazing first journal! I expect the follow.et one will be following up shortly when nismo finally pulled his whole arms out of his arse hole.

Massive thanks to the people behind the scenes. Hope everyone got home safely and are now getting some well deserved rest. I plan on doing a journal tomorrow which will be an open invite to a session with the follow nerds on discord sharing footage, photos and if you're lucky we will get the person behind the defence tactics on discord so you can ask him how we are so good at defending.
good seeing you again schNee! See you nexttime!

Great journal, nothing but love for everyone I met this weekend.
See you next time with #follow.et return of the defense

Love you mom
Parent
Was nice seeing you too, was fun!
need to see h2o pics pls
he forbid to hand them out. toosexy for cf
Parent
Drunk joep pictures then!
Parent
Joep behaved ;) rest stays inside #lan-only
Parent
nice read!
was nice to see you guys
big shoutout to pds and testi to keep us entertained on the couch
was really funny hearing testi trolling with gyzr??

also nismo who did nothing but shit talk everyone :D

hope to see you guys next year

and ofc congrats to Elysium
Jcy, LAN didnt work out, any success at poker?
Prolly as empty handed as his ET skills :P
Parent
would probably not count in it xD
Parent
much love <3 cu next time : )
was nice - see u all again next year i hope -- make it happen
cu lan buddy
Parent
Omg finally saw what francis looks like omg. Soooo haaaawttt
<|:^]
helllo <33
Parent
Back to top
ET Spring Cup 2021 predictions?
Download ET
+
+
+