by walle • 21 Mar 2021, 22:48 • Journals
anyone have had anything similar or what would be the solution? usually when theres enemies around i think. only lasts for a moment but usually too late to do anything about it. i never experienced this before
14
had similar shit. tweaking the et process from the task manager -> priority to real-time helped me and sometimes the process isn't using all the CPUs too.
ive been using high priority and forced all cores and run as xp3 and delete processes and its not been lagging.

i think i tried real-time first and sounds in adlernest beginning with the wall exploding bugged sounds so bad i have never seen that kind of monster bug lag before. but with "high" setting no such issues.
Parent
I have the same... just not using "run as xp sp3"
Does run as xp sp3 do anything?
Parent
this game requires a minimum of a core 2 duo PC
seta r_primitives 2 ?
have same kind of symptons when i play games which are not installed on ssd, have hard time thinking that ET on hdd would cause something like that tho. worth to try if u have it on hdd now
Had similar issue with games on my HDD. Looks like a read delay as no smart errors. Moved games to another HDD I have and it fixed the issue. I have the most played games on my M.2 drive.

Also as a note, this happened with CoD4 mainly, FPS dropped from 250 to 20 for a split second resulting in freezing, usually on explosions. Considering they both use the same engine and are very similar, it may be worth checking your drive health.
Parent
my hdd is old and fuck and gonna say byebye at some point, csgo does freezing etc but idc about that. my ssd is only 250gb so cant really install everything there
Parent
2021 xD
sounds like usually when theres enemies around i think. only lasts for a moment but usually too late to do anything about it. i never experienced this before
have you tried the super oldschool setting? <3 carrot/chmpp 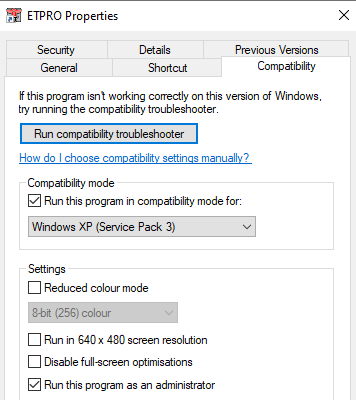 next time i try this
Parent
i've had this, also et.exe priority high ( also put all cores in use, dnno if any effect in ET), delete pb processes, and actually theres not been the lag i experienced before. So fixed if anyone else is reading this.
Parent
nice, usually setting cores in use to a single core is best but if you are now stable I wouldn't mess with it.