i have the power, therefore i am right

busy removing me and a few other players from having the ability to play the so called "ranked ladder" making up untruthful reasons as they go - this is the reason i am not allowed in :D

i assumed it was a mistake at first, so i made a support ticket asking whats up(note that untill this point i was ranked top10 in points ATLEAST every season end).

this is me, my solo playstile

this is our admin, locking onto landmine right after engi dies - aimbot lock :D
- says he doesnt remember the moment :clown: :D
and this is bobika, high off his ass on drugs and drunk, making comments like these everywhere

really wish i had better teammates not slowing me down tbh

schnee also blocked me not long after, i didnt recive any warning or reasons why i was removed :D except what other told me

teenagers these days :D I really can't blame them, since they have no clue what they're doing tbh - but the one who got them there is deffo responsible for all the shit going on (excluding my case)

this is why ppl ben leaving recently, and this is why im not around anymore

65
why u think quite a few of people have stopped playing ranked because certain people act like ranked is their personal fiefdom.
Tbh if Seareal is banned for this shit, why isn't uyop or bobika or any of the negative but "Im not negative" banned ? Uyop for example has stated multiple times he has some of his team muted anyway...
personally everytime ive had Seareal in my team and when there have been discussions of "tax",then he always has followed them.
I heard same ppl who are removing ppl from ranked, are actually crying about "why there is no games anymore in ranked"

Geeeee, i wonder why
Parent
Cause friends with admin
Duh
Parent
word
Parent
#freeseareal
cry me a river
#freeseareal 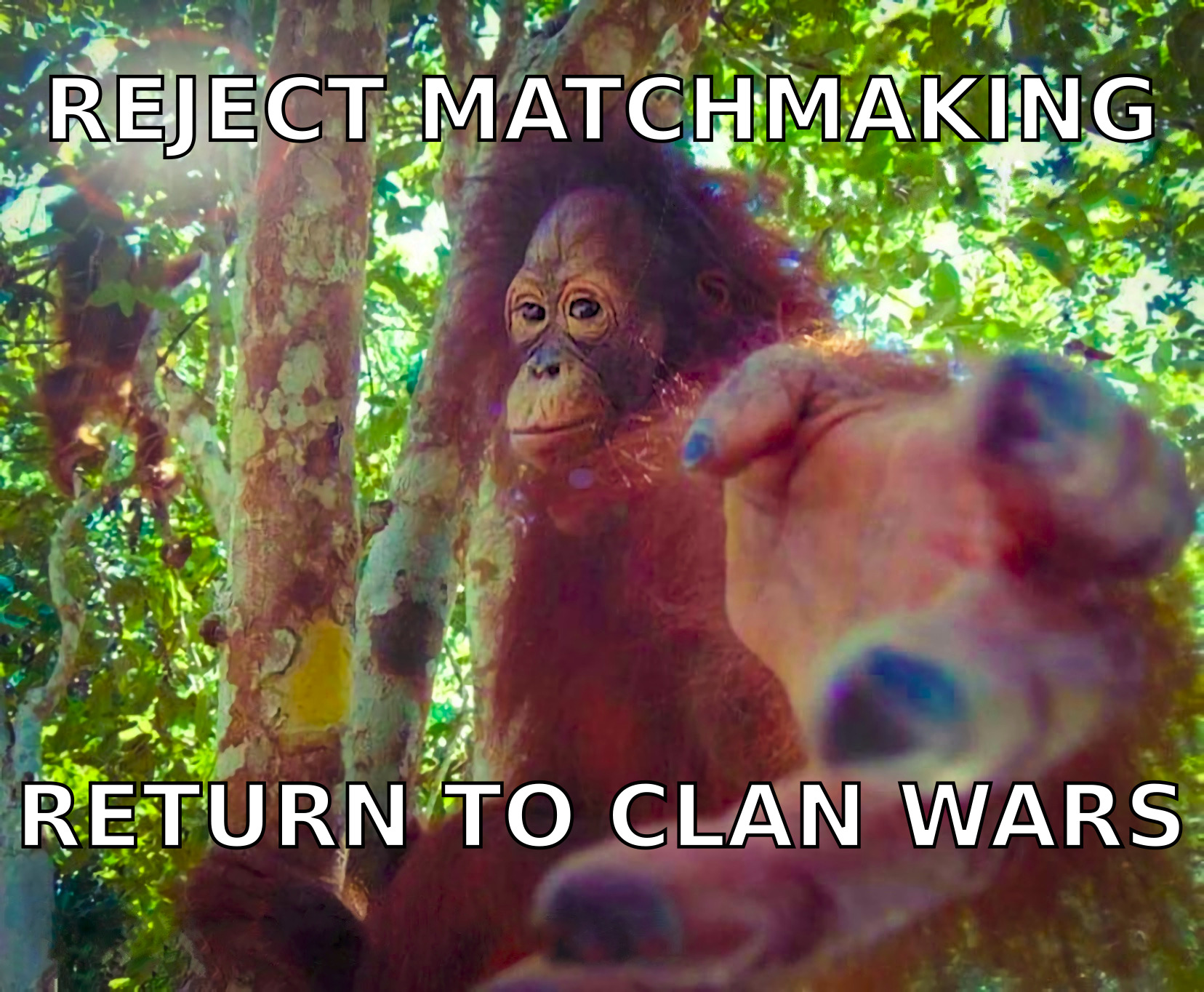 rejecting matchmaking =! not allowed in matchmaking due to bogus reasons
Parent
Hence why quiet a few people are leaving. Aniki the second has formed a circle jerk around the self.
100% true. The double standards are extremely ridiculous.
Yeah, like you being allowed in Fun gathers for example.
Parent
And you in ranked you absolute shitter :XD
Parent
I am not 2/20 like you in ranked, but you seem to think so much of yourself ... as we say ... never seen such a high ego but such a low ELO.
Parent
according to GTV, you have not beaten me in the past 6 years. :XDDDDDDD
Parent
So you are a programmer and you can't even make a proper query on GTV ? :S

And there are others ...
Shouting things loudly does not make them true ...
Parent
yeah my bad I meant 5 years...
Parent
Haven't played much after 2015-2016 on GTV anyway. So your point is completely dumb. You try to pose as if you were a total beast in ET while you are just average, as soon as you face a skilled opponent, you get easily destroyed. You never carried any teams.
Parent
inb4 clown emoji
Couple of compelling anecdotes told from a side of someone who is precisely trying to give himself personality by smoking his brains out with weed and then trying to make himself into a victim.

Regarding double standards - dunno what you have been smoking, but I've been removed/banned in the past when I was acting like a dickhead or was just plain coma drunk, by both aniky & schnee. I wasn't allowed into FUN back in the day because of said reasons, after which I "made" a deal with aniky that was agreed upon a level of trust and I never broke that promise, even after Aniky has left...

Regarding you being restricted from ranked - I think it's only logical that someone will have to make that decision at some point, since it was Aniky before and he's gone. It landed upon people who are active, know the community and have some actual skill (it wasn't only me & mayan, if you are insisting on crying about us not being objective in this, just for your info;)) and each of those were discussed and decided together... There was more restrictions in the first wave, because of it being alived and the general idea was to make the "ranked" games better for the better players..
Also a little hint, me & mayan were pushing for the "Good" players to be disallowed to play FUN, so it goes both ways, not just that some players can do both and some cant... but yeah:)

Regarding you specifically, you always tried to be cool that you don't play anyway and you got restricted based off that fact on top of your previous bullshit that you've done when you've played. This isn't something where anyone needs to prove shit afaik, but considering complains about you weren't just linked to me or mayan, there is maybe a bit of self-reflection needed from you.

It's kind of an endless circle that you will be backed by the people who seemingly like you and vice-versa from the other side, but attacking someone who had no doing in this is the worst shit you can do - this goes especially towards parzi.

You went a long effort to make this post while not giving a fuck <3
:clown:
Parent
:circus_tent:
Parent
I heard you just poke Schnee and tell her that you don't like this or that and then you get an instant preferential treatment but maybe I am wrong :S XD
Parent
Who told you that? I rarely ever talk about ET/discord with schnee :)
Parent
btw dont forget to reply to your tinder date

shit thanks for reminder bro :D
Parent
So how is it going? Did you ask her for a date? Did she accept?
Parent
going well so far, she did stopped replying when i said i have covid tho, guess shes not a fan of quarantine and chill

Parent
Why did you follow up with "hello"? If she doesn't get it she doesn't deserve you.
Parent
xdd
Parent

alpha male confirmed
Parent
Can't tell from the profile pic if it's actually a "she", but "docakal" = masculine, "docakala" = feminine, so I'm confused.
Parent
shit u were faster :D <3
Parent
das hat sie gesagt... ermmm
Parent
#anikycomeback
Ban this noob. The community is too big!
Yap exactly. Definetly deserves permaban, and the community needs some serious cleaning
Parent
xD
Parent
xD
Parent
Very toxic player, this ban was long time coming. Good job admin crew you have my support on this one!
You are the adopted mongol kid there and on top of that low/+ max
Parent
https://imgur.com/vO4GJNU

Parent
Yes, and they are all directed to you. What are you trying to prove ? But yeah ... I get that you have actually zero capacity for forthright repartee.
Parent
+rep
Parent
giggled hard
Parent
XDDDDD
Parent
I think, some people have no lives and will spend their days making tickets behind your back to get you banned. That's how it works in this community. Moreover ... I don't see the interest of restricting Seareal from the ranked games. Less players, less games ... and you get people mad. Then you have to deal with tickets and all of that ...
#freeseareal

That aimlock on the landmine is amazing :D
LMao'd to aimlock on landmine. No clue how cheats work but thats fishy af :D

Parent
XDDDD
Parent
REAL SHIT
Parent
Clanbase ban?
IRC bot pickup type game
where once there is 12ppl, a random captain is chosen, each gets a few picks from public player list
almost like a public server where the first 12ppl get to play - telenet publics back in the day :DdD
Parent
Yaayyyyy drama!
sup lan dodger?
Parent
Its only for EC winners

i get ban without warn with noreason soooo nazist still exist as we can see ;D
Back to top
ET Spring Cup 2021 predictions?
Download ET
+
+
+