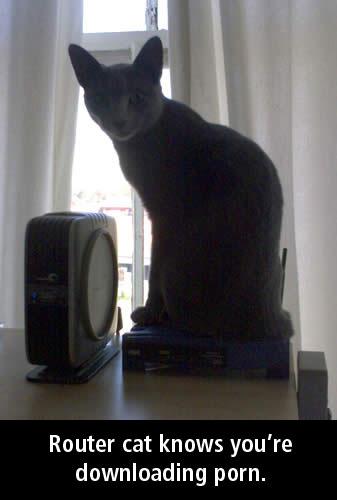 Security: Rapidshare definitely doesn't log any ips or something similar. Furthermore why should the company be interested in to fuck up their own customers?! There is no single known case about a rapidshare user, who got troubles with the law.

On the contrary of torrent user. There are tons of seeds in the torrent networks, which were done by the police directly or by organisations paid by the industry to log the data of the leecher. I even have a friend, who earned a complaint for downloading a very old rpg game torrent and it was even a private tracker.

Private trackers are not that dangerous, but far away from being safe.

Just google a bit around, if you don't believe me.

Speed: I don't think we need to discuss about this point.

offer: I have used torrents very, very acutely in past. I had often problems to find rare things and when I found them, I got shit speed, it was a fake or contained a virus. There was no single file, which I didn't find uploaded on rapidshare. There was a board in German called gulli. It has approximately 1 Mio members and there was simply nothing, which wasn't supplied there. In addition, there are rapidshare search engines, ddl search engines and many many many other sites and boards.

There are statistics, which clearly show that there are much more ddl offers than torrents.

costs: Rapidshare was the pure paradise, before they changed their system. There are programs like RSD, MSD or Cryptload, which automatically reconnected and entered the captchas for you. Furthermore, all downloads, which are parted have 1 container file. You just click it and all parts will be added automatically. Fast, simple and easy.

Of course it's shit you need to pay for it nowadays. I paid 20 Euro for 7 months. Checking what I get in exchange, there is only one conclusion. It's definitely worth.

I'm really, really surprised seeing so many people here cheering for torrents. Actually, it's quite known and everyone who has knowledge about it will recommend you ddls.
Parent
+1337!!!!!
Parent
Most of your points are flawed because you're not comparing like with like. What you're saying is akin to me saying that England is shit simply because Newcastle is shit. Perhaps you've been a member of too many Demonoid-esque sites, but it's pretty ignorant to assume that all torrent trackers must be inferior to RapidShare as a result of your limited experiences. I'm a member of several good private trackers (at which membership cost me nothing) and neither speed, offer or security are issues.

If you're content with downloading a movie in several parts via HTTP then knock yourself out, but cut out the sweeping generalisations. If you insist on paying for something then I'd advise Usenet.
Parent

Actually that is what you are doing...I hardly doubt u ever experienced the full capacity of rapidshare and it's possiblities.
Parent
As were you? Notice the word 'good' in my sentence!

I'm not making a sweeping generalisation, I'm defending torrents after you naively claimed that they're inferior to RapidShare as a result of your evidently limited experiences with them. I happen have access to a premium RapidShare account and while it's pretty decent, I much prefer using Usenet and torrents.

RapidShare has only been around for 2 years, what do you think we all did before that? It's not the second coming of Christ, I don't know why so many warez newbies treat it as such.
Parent
I have started using filesharing in the beginning of 1999 with napster, used torrents (private tracker), newsgroups since it appeared etc...so no need to act as I would be a 'warez newbie'. Furthermore I never said torrents are shit at general. But saying "torrents > rapidshare" is simply wrong.

In addition, I still doubt you have experienced something like Gulli, since it's just not possible to have a faster, safer and bigger service. It seems as the development in the "English scene" was much different.
Parent
I agree with you, sol is soooo dumb.
Parent
Wow, I will mark this day in my calendre.
Parent
torrents from private trackers >>>> rs
Parent
speed.
private trackers normally give u full speed, though its same at rs i assume.

offer. (if u mean amount of files to be found)
torrents > RS

Security.
I'll give that to RS, eventhough there's no big risk in torrents certainly if you use external program for hiding.
Parent
Not if you download some old files!
Parent


Then you have the wrong sources. In addition, only popular torrents are reaching the speed of rapidshare. Anything which is rare or old has mostly shit speed.

True, but it's worth.
Parent
U can call it bullshit, but I do download 1.7 mb/s from Torrentleech - which is my maximum speed. Doesnt matter how much seeders/leechers

I do agree with getting very rare material, that isnt uploaded at private, but only public torrent sites does give bad speeds.
Parent

So you meant just the speed? I thought you meant it by the technical side. Still rapidshare is supporting much more than your 16 mbit. And I prefer to have this speed for every file. :P
Parent
I don't know how it's with you, but when I download torrents I can't use my internet for anything else. It takes up all the bandwith, RS doesn't.
Parent
I can: download it, watch it, and tell you how good it was, if u like.
:D
Parent
no thx, id like to see it for myself ;)
Parent
^^
Parent
me2 pl0x :(
ofc if you have the login dates you won't change the password to overtake it ^^
thats very kind, but mens0 allready offered me his account
thx though ;)
Parent
so he is a realy nice guy :>
Parent
just do that payment over phone thingy, gives you a 5gb download limit and a rapidshare download tool, costs u 4 euro's or smth ^^
4 euro's is quite a lot imo
Parent
for a full DVD? orly...
Parent
wtf I'm hungry again. And already had dinner 4 times today ;<
FAT FUCKING BASTARD
Parent
I'm not fat. I'm doing to many sports to become fat ...
Parent
Lies
Parent
and whcih sports a u doin?
Parent
Tennis and football
Parent
u a doin such a sport to become fat? never!

u need to do fitness and eat much protein.
Parent
I mean I'm doing a lot of sports and that's the reason I DONT get fat :)
Parent
ahh ok.
Parent
use torrent :c
no $ in your wallet ?
paying for warez is so wrong :F
Parent
paying for women or weed, also :<
Parent
true :DD
Parent
no account for ferienhelfer
I also need account :(((((

can any1 share with me for 1 day ? :<
Well, you have different experiences. But what I stated are facts. I doubt strictly you ever used rs' full potencial and sources. I download with 7 MB/s in my university.

I was talking mainly about the general torrent network and the possibility. Of course you have very rarely fakes and viruses on private trackers.
hardly == kaum
Parent
Oh, thanks. :D
Parent
Worth to buy!
Back to top
Thompson or MP40?
Download ET
+
+
+