tosspot has the blues

I'm worried that Chelsea have blown their title chances and it's not even Christmas yet. We've played our three biggest rivals in Manchester United, Liverpool and Arsenal at Stamford Bridge and we haven't won a game. One draw from those three matches could really cost us by the end of the season. Martin, please can you tell me if a team has ever won the league without beating any of the other top four teams at home?


MARTIN SAYS: Well Stu I've looked through the records and the answer to your question is no. A side has never won the league without beating at least one of their nearest rivals at home. The worst return from the champions from their home games against the three sides immediately below them is four points - which is what Manchester United got in the 2006-07 season and what Arsenal picked up in 2001-02. That means Chelsea's return of one point from those three games would set a record IF they win the league and IF Manchester United, Liverpool and Arsenal finish in the top four. In 11 of the 16 Premier League seasons, the champions have remained undefeated at home to the teams finishing in second, third and fourth but only on three occasions have the champions enjoyed a maximum return from those fixtures - Manchester United last season and in 2002-03 plus Chelsea under Jose Mourinho in 2005-06. Of course it is worth pointing out that Aston Villa also look like being in the hunt for that top-four finish this season and the Blues did beat them 2-0 earlier this season.
28
need table
Lets go Gunners! Going to watch live Arsenal - Chelsea in May 8> 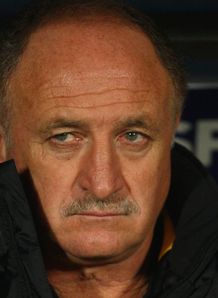 Is that Gene Hackman?

woop woop!
LIVERPOOL ALL THE WAY BABYYY
who sorry?
Parent
you know, the guys who are top of the league
Parent
Oh the ones who drew against mighty fulham at home :P
Parent
YUP thats them !
Parent
Its Liverpools year, mark my words..
I thought this was gonna be a music journal :o
2l2r
aston villa will win premier league
Back to top
ET Spring Cup 2021 predictions?
Download ET
+
+
+