for some reason it doesnt seem far from the truth
here it is: stfu
Parent
me too
Parent
hahaha jews play nazicup :D
Parent
wat :X
four fit
bye finland :D
Easy for U to say Mr. NL
Parent

'Players must be listed on the nation's corresponding ClanBase page before they are allowed to play. If they are not and play a match the national team and the player in question will be awarded a yellow card. There is no limit to the number of players in a national team, and players can be added to and removed from the team at any time during the season.

np4us
Parent
Yeah 2 yellow cards, but that's not a super big deal unless they get another red one
Parent
:DD
:DD 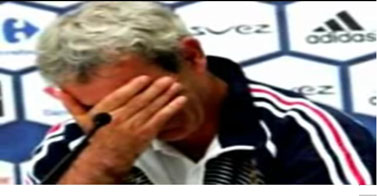 Why the redcards?
They enjoy power and chaos!
Parent
what the frak is happening :D
wb ronner xD?
not his fault! >:(
Parent
kick killergirl,donex
DONT LIKE IT

UK out then? CAN I STOP THINKING ABOUT IT NOW?!

Team United Kingdom
Date: 8 February
at least one representative from each team must be on the irc channel 1 hour before the gametime

Team United Kingdom
Date: 9 March
sheep was not on the roster for this game

Fairs fair I suppose, if you're gonna be insanely strict about rules then everyone should suffer at the hands of it. :D

Worst NC ever.
2 red cards -> out
This is 2 yellow cards
Parent
Oh, whoops. :p
Parent
WHO ASKED FOR UR OPINION
Parent
right so...
Seriously, all this boycot-bullshit, and CB is just a joke for doing all this. :-( hm wtf, if there was any of those countries that should get back it is finland, and they are not?
+1
Parent
THANK YOU SWEDEN!