As one of the most succesful games in history on both Playstation and PC, GTA San Andreas is known to almost every person in the world. Even the multiplayer is yet active as it used to be. So why shouldn't we have some international Server for Crossfire users and other players from other countries? and why? 95% percent of the GTA: SAMP (San Andreas Multiplayer) players are only on roleplay/reallife servers, because it seems to be the best mod. But also the 95 percent are only German Roleplay Servers. So players from other countries cant really play there, because they dont understand anything there.
So

ng and also big thanks to him for sponsoring! Since

caTchEr is busy with his new ET Team and school, he wont have time to support us as Admin.

All rules and informations can be found in the Forum. We are in need of 3-5 guys who are able to Support this Server with us, because of the times. We cant be online 24/7. You need to be stable, nice and friendly. Have a big knowledge on our Server about the rules, maps, ways, commands etc., so you can support the newcomers on the Server.
We need also good & stable guys, who can lead any faction of these 16. Because one has to be the Leader, to invite other guys to the faction and lead this crew/faction. Every faction has also rankings for the members. So you can add a Co-Leader/ Warorgra for the faction. Leader of the faction has rank 8.
For all these things are applications needed, you can write them on the forum.
More information also on the forum, so prepare to check always the forum!
For joining some faction, or somewhere is a application needed!

Please stay also @ our Teamspeak 3 Server/ Mumble 1.2.2, there are all Channels for the Factions and normal Channels to talk with someone.
We are happy if you come on it,

If you want to play this game, follow the Tutorial by scoof


Please write in your commend which kind of Voiceserver we should use!


If you get a game crash after your login, write a message to "ng" with your account details and he'll fix this!
Idle #crossfire.gta and there you'll find all Admins and other players.
Admins will help you by any problems
Thanks!


WHAT IS ROLEPLAY?
I am posting this after speaking with many people in game who just don't get it. Some have asked how to Roleplay, so for those who care, here is some information that should be helpful to you. And for those who still don't realize it, THIS IS A ROLEPLAY SERVER!

In roleplaying, participants adopt and act out the role of characters, or parts, that may have personalities, motivations, and backgrounds different from their own. Roleplaying is like being in an improvisational drama or free-form theatre, in which the participants are the actors who are playing parts, and the audience.

A role-playing game is a type of game in which the participants assume the roles of characters and collaboratively create stories. Participants determine the actions of their characters based on their characterization, and the actions succeed or fail according to a formal system of rules and guidelines. Within the rules, they may improvise freely; their choices shape the direction and outcome of the games.

Most online role-playing communities make allowances for the intrusion of "RL" (real life) by introducing standards of communication, such as insisting that all "OOC" comments are placed inside brackets, or given some prefix. For example, "(OOC) Blast, the phone's ringing again, I'll go and pull it out of the wall."

A powergamer is a player who tries to force others to participate in role-playing they don't want to engage in. For instance, a player who unilaterally describes his character as doing something with (or to) another character that would usually require the other to play along â€” such as having a fight or a sexual encounter â€” is considered to be powergaming

In role-playing games, metagaming is the use of out-of-character knowledge in an in-character situation. A character played by a metagamer does not act in a way that reflects the character's in-game experiences and back-story.

Its better when ur with others on vent etc aswell, so funny :D
gimme a dl link and I might try:)
Parent
can i b hitmen?

He's the FBI Leader ! xD
Parent
nice cfg
Parent
Bitch on the left has some right muscles on her.
Parent
:DD skilllllllboost!!!
Parent
HEHE JUST THOUGHT ABOUT THAT
that guy really was into that shit :DDDD
Parent
:o du spielst das auch?
Parent
na.
damals 1-2 stundn aba dann die wieder ;)
Parent
awesome ! :)
:')
with c bug?
no you are auto-kicked for cbug :(
Parent
lol noob, it works :>
Parent
I WANNA BE A COP!
2low
Parent
can we just pimp cars and grow drugs behind our backyards???

car pimpers :))
awesome, ill be there, if nisbro gets back to activity

3.) There are many other English Servers.


ja ich hab schon bock so aber irgendwie kommt immer was dazwischen so .. freundin und sowas alles :XD bisste online? dann lass ma jetz zocken wollt zwar ne stunde pennen gehen aber kack drauf :P
Parent
komm
Parent
Cant believe nerds are actually wasting time playing this..
Would like to know if u can play with a adapter in which u can put ur PS controller :)
i doubt that, tho you could easily get some random similar controller for liek 10€ max
Parent
well it worked in all other games so far :)
Parent
:o didnt know bout that, which adapter do you have there?
Parent
Something similar to this 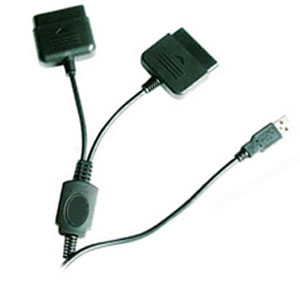 Parent
tried it, freezes after login
haha, no.
how about you try it? its similar to vent 3 or maybe even better
Mumble is better, teamspeak is just shit.
Parent
TeamSpeak 2 is shit. TeamSpeak 3 is epic.
Parent
e-thugs motherfuckers.
Freezes after login.
same :s
Parent
yee. might check it out
server didnt respond. retrying
wtf? <.<
Update your SAMP client to 0.3...
Parent
http://www.wipido.com/video/kVKQdEwL4eBG

6 star cop escape with some wallridingn, Love GTA ^^
that was epic!
Parent
y can you go in a building etc. on only one small specific point infront of it?
i have to move like 20times on the sign before it accepts my /enter
cu on someday
Parent
yaay, nisbro
Parent
avg is detecting trainer.exe as a infection
will start pwnage tommorow
keep freezing :(
2 old game :D
you talking about ET?:D
Parent
my bro baq is buged in the wall help him some one !
great server, couldnt even do the tutorial without getting killed three times. Life kept ticking down and 4 idiots jumped me when it was low. Perhaps cops and robbers is a better mod for this community.
Tbh if I started to play this Id just be driving over the guys I dont like here in Xfire :D
Parent
They were just all driving over eachother and hitting eachoter like a bunch of retards who are playing GTA online for the first time.
Parent
why does this get a sticky :D?
is the server offline?:(
where do i start sweepin' da streets of san andreas for fuck sake, more commands and locations and /gps pls...!
nice game, nice server.
started today, skooli, tim and Hans_Oberlander were really helpfull, gonna join the server again now ;D
So what's the objective of the game?
Or are we just driving and messing around?
got banned -_-
noobserv cant handle my skillZ
nice server, YAKUZA BITCHES

btw, who the fuck stole my pimped car and left it @ Bayside Marina ?!?!
haha :P
Parent
:DDD
Parent
someone did this to me too...twice -_-
Parent
My char is bugged. Cant exit the hospital!
Some epic getaways today. Including one in a go-kart :D
server ever up?
Oh lawdy. About time someone did this in English.
I haven't played SA-MP in ages, will have a look!
server dieing/dead :(
servers dead. really think you should consider changing it to cops and robbers or zombie outbreak.
noone at the server since few days :(

btw, where can i take passport? i need it for a drive license ;d
can some1 help me with the game ? i only played the single player mode so i don't even know whats the obj of the mods
GTA server is dead, minecraft server now!
gta is back bro.
Parent
get your asses back on that server ffs!
This city is waaaay too big to be driving alone :(
join server
Back to top
Thompson or MP40?
Download ET
+
+
+