by Sebhes • 19 Jan 2019, 22:21 • News
Well, well, well Enemy Territory. A total amount of 34 sign ups. Exceeding the number of sign ups from tournaments organized from the last years. We are surprised and excited by the amount of players that seem to have returned to the game. The ETernity Cup 3on3 & 6on6 groups are now online! Both cups officially start on Tuesday the 22th of January .

The ETernity Cup
In the 6on6 league, fourteen teams will compete in three groups. The top three teams from each group of five and the top two of the group four will advance to the double-elimination playoff stage. For the teams who do not qualify, a consolation bracket might be organized. This remain to be seen depending on the number of drop outs. The match schedule for every week can be found here.

In the 3on3 league, twenty teams will compete in five groups. The top three teams from each group will advance to the double-elimination playoff stage. The match schedule for every week can be found here.

Matches are played round robin style in the league stage, meaning that in each group in each division all teams play versus each other once.

All games must be scheduled in advance. On the Thursday of each matchweek, unscheduled matches will be forced to the end of the matchweek (Sunday or Monday).

Teams are free to play their games at an earlier or later date if both teams agree, but all league matches must be played by Monday the 25th of February - no exceptions, unless explicit permission is given!

Unless explicit permission has been granted by an admin, all matches must be broadcast on GamesTV.

Teams can both pick a map from the Main Maplist. In case of a decider, maps can only be chosen from the Decider Maplist. This is to avoid having the same maps during each round of the tournament.Feel free to play your matches as soon as possible. If you notice any problems with the group stage or schedule, please PM an admin as soon as possible.

Feel free to contact us if you have any questions or suggestions about the cup! We can be reached through a Crossfire PM.

stRay
The tans will fade, but the memories will last forever
28
Match schedule has been made, but an online version will be provided later in this news post.
nice copying my cup newsposts you lazy bastard
Parent
Your news posts have always been of excellent quality! No doubt about that
Parent

Parent
Overloaded with fins in group b
What the heck is this that all Finns in group b :D
h2o's wet dream
Parent
Racism by sebhes!
Parent
ice and frosbite as deciders...
Another wet dream of urs?
Parent
All of them are just tearing apart
Parent
Have fun lady’s
gl analrape
Mr. famous reddit user
Parent
I should really consider changing nicknames
Parent
who made this groups Dx
better send SSD before organising next event.
-rep
XDDDDD
Parent
https://pastebin.com/aBKPTWca

Yes, ET definitely alive. :P
nice! missing bobAx from be tho :P we played him 2days ago :D

shit
how can i remember this and nothing else :D
Parent
Where is a working link for matches?
The matchweek starts tomorrow (Tuesday), so I'm guessing it should be there by the end of today?

I sure hope whoever is supposed to do it didn't forget. :D
Parent
Should be good by the end of the day indeed
Parent
"Should" is a tricky word. There are also a lot of people who should feed their pets more often. 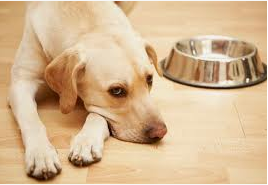 Parent
Should be done by the end of the night. File has already been made, but I'm not able to edit it because I'm abroad.
Parent
Cool, I need to watch some of these games for a bit of nostalgia this week. Nice work on the organisation. :)
Funny how 3 weeks after your birthday, I actually started playing again haha but no games this week, I can entertain you the week after. Bring pop corn
Parent
Hahah I'll keep an eye out for it
Parent
Back to top
Thompson or MP40?
Download ET
+
+
+