by Sebhes • 5 Oct 2020, 19:52 • News
Why? The answer is simple, yet meaningful. I accidentally forgot to close ET last Sunday. As I wanted to shut down my computer, I stumbled across me being left alone on the fields of supplydepot. I wandered around these beautiful, but empty fields, thinking about all the great we experienced throughout the years. A tear started to form and ran over my face. Here we are, once again, back at it again.

We are proud to present the Elysium Fall Cup.

This cup is organized in honor of the game Enemy Territory and is meant to be finished within approximately one month. We will feature a group stage, followed by two separate playoff stages which pits the top two and lower two teams of both groups against each other in a single-elimination bracket.

The amount of participants will be limited to eight only. The main reason behind this being to keep the tournament short and brief. If there happens to be more than eight sign-ups, qualifiers will be held to decide which team is allowed to enter the tournament.

To sign up, simply send one of the admins a private message including your team name plus roster. Once you have created a new team it will automatically be added to the waiting pool, which can be found right below this post.

During the group stage, maps will be forced. In the Play Offs both teams get to eliminate one map from the map pool, subsequently teams will coin toss to decide which team will first pick a map, consecutive maps are chosen alternately.

Feel free to contact us if you have any questions or suggestions about the cup! We can be reached on discord or through a Crossfire PM.

Respect means valuing others
35
avi for both platforms
Any recruitment post ?
btw thanks for the effort both of you

I can play a bit of this, medic only because I don't have a blue bar
I'm almost recovering from yesterday's intense gaming session and Elysium come here to announce a new tournament?

Good luck with it m8!
Will Sebhes become the new Jere?

Tbh playing yesterday got me nostalgic about LAN, hopefully we can organise one in 2021...?
You haven't been the only one, but let us await that damn virus first..

I heard you guys had a lot of fun playing yesterday, that's awesome to hear.
Parent
Can we make sure that it wont be possible to play delivery twice? :D
Haha not on my watch, when did that happen anyway?
Parent
https://www.gamestv.org/event/60826-to-make-odds-even-vs-30-seconds-to-mars/
Parent
Don't worry about it, you are even able to eliminate one map from the map pool during the play offs
Parent
Momentum Gaming is looking for 2 aimers to join the cup! You guys will get all best positions :P pm me or Kimi
https://discord.gg/5kxYEG
Powodzenia ;)
Parent
avi to easily win 3o3 and 6o6 pm
avi to easily lose 3o3 and 6o6 pm
avi to draw in 3o3 and 6o6 pm
avi 3o3 6o6 pm
Hi Seb,
"The amount of participants will be limited to eight only. The main reason behind this being to keep the tournament short and brief. If there happens to be more than eight sign-ups, qualifiers will be held to decide which team is allowed to enter the tournament."

Getting forced to play
Parent
Doesn't matter u good to go bro!
Parent
Make team w eric bodo blaus ! (:
Parent
Due to the more than anticipated amount of sign ups so far, the sign up period has been brought forward by 1 day. The new deadline to sign up for this tournament now is: Friday, the 9th of October at 23:59 CET. We want to give teams a sufficient amount of time to prepare for their qualify matches, which will be held Sunday evening.
Dear

would you be kind enough to remove the

next to my name?

Thank you in advance.
I'm enlightened to hear the good news regarding your new passport. We could only hope
Parent
You are trying to migrate everyone to the Netherlands
Parent
dis que t'es te, what a genius!
yermanz with the big imposters right there 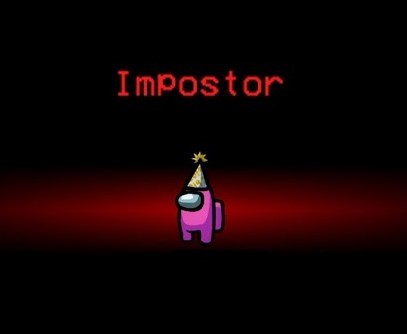