Please help me with this project.

Best regards Worm.
109
hmm
no new maps gtfo
why not?
Parent
because not. gtfo
Parent
What about "stfu!" ??
Parent
gtfo
Parent
k sir
Parent
get rid of the train and work out another idea with the obj, only thing i hate about that map is that fucking train :D
+1
Parent
the train is awesome, the rest sucks
Parent
got nothing against the train except the fact it sucks getting in it
Parent
Railgun doesnt have to change its just a ownage map no edit needed just get the map back :-)
its just too long ;)
Parent
if you leave the train in but make it so only attackers can drive it forward thatll solve that problem
Parent
I thought someone allready made that script?
Parent
take train out
you mean take ammo like obj
or it should be track:D?
Parent
he meant take it out, delete it, remove it, erase it, throw it away and stomp on it!!!
Parent
I think we need new map !!


But no railgun !
railgun is the worst map ever!
Delete the train.
as i asked, it should be carryable ammo? this main object
Parent
If you ask me 8) yes.
Parent
turn the terrain into grass, make the train go faster, shorten the map slightly so you don't have to drive back and forth all the time, ease the way to capturing the flag for the axis team.
Make the train like truck in supply or goldrush, can be moved forward but not backwards by defending team!

And I agree it's a great map =)
ye and replace the trackswitch with a dynamiteable thingie!
Parent
good idea! Like, make a row of things you have to blow up. First the trackswitch, and near the depot you could make a blowbale gate aswell.
Parent
Disable mines near that switch :P
you can simply jump on the swich and turn it on ;)
maybe barrier not a swich?
Parent
nice idea :>
Parent
Nice expections.
no.
lol, i supposed your anti-me and anti-poland :p
yep i did
i've just made fun map for my friends
humm hope your doing a good job then... you can come chat #sw_battery if you like from time to time
Parent
make it fps friendly
give that project up straight away and pick a better map

Just some inputs, hf
i'll keep it in mind
Parent
Mainpoint is, that the FPS are getting better. In some areas I got FPS like 50-60. Thats why I think grass would be better.
Parent
DONT REMOVE THE SNOW FFS
Parent
I think make u map like rail :D
Parent
I like the snow :(
Parent
also remove the icicles on the roof...
they are really annoying imo
Parent
what about dragons?
Parent
i dont like railgun
you'll like it when it will be sw ;')
Parent
for me is the map too large and i dont like the obj ;)
Parent
+1
it would be better to play some old rctw maps on et. They rock!
Parent
you have experience in mapping?^^
i've just answered to killerboy
Parent
I hate snow maps like shit. But this kind of objective should be definitely realised.
get rid of the train cos its too easy to stop & in the end of attack when u have to move the train to the gun, the axis's spawn is too near to the train. its kinda easy to defend. move the axis spawn or move the rail track.
i would remake the axis spawn.
not that far away, not that easy for spawncamping.
just make the train repairable and only allies axis can move it, rest is nice ;)
lol?
Parent
i meant axis ofc :)
Parent
DONT DO IT!!!!!!!!!!!!!!!!!!!!!!!!!!!!!!!!!!!!!!!!!!!!!!!!!!!!!!!!!!!!!!!!!!!!
Seriously, railgun is bullshit, it's an opened map without any stages
And right with the train objs it's impossible to create stages...

the reason so many people cry about 'lotto maps' is because they are shit and couldn't organise a pissup in a brewery - multiple stages only protects weaker teams and its FAR less competitive.
Parent
railgun <3 best map ever
make the train move slower, and make it so allies cannot move it backwards. after the ammo is 'loaded into the gun' make the objective harder to complete - not just build + press.
why do you need every single map in competition... railgun is good, but not for competition
It is not about having every map in competetion, it's about creating more playable maps then just grush, supply and radar.
Parent
i agree, but nobody will play them. everybody is still stuck at supply, braundorf, adlernest. this year i haven't played any other maps in competition except for 1 time (delivery & frost).
Parent
thats why we need new and improved maps.
Parent
everybody WILL BE stuck at these maps, no matter how many new ones you bring in.
Parent
as merlin said make the allies unable to push it back x)
i say shut ur mouth
Parent
i say no, cos ur a gimp... xDDD
Parent
pls dont do major changes...its a great map and all the ideas will just screw the hell of the map
Just make a new Spawn point for the Axis more forward
http://home.tiscali.nl/edroben/sv/railgun.JPG
Because its unfair allies have everything near the spawn and axis need to walk loads... And i like the train its something else than all those trucks and stuff with barriers. We have enough trucks, but we can make sure the train doesnt go back when allies have it. I played this map alot of times in start of ET its a great map, all the ppl that didnt like it never played it in competition, or are newschoolers. Or they just sucked on that map=)
Its even a good 3on3 map.
+1
Parent
railgun sux :< try to do some remakes of old rtcw maps pls :<
Railgun is a great map, had some awesome official matches on it.

The only weak point about railgun is the construction yard, when the allies gets their hands on it. It is simply to hard to attack for the axis.

So what could be done:
- Make a spawn point at the command post, for the axis.
- Create a new route to the construction yard.

Railgun is also one of the most beautiful maps, especially for fragmovies :)
http://gaso.1g.fi/ara/railgun.avi <--- example :)
cp spawn point is far too central and breaks the map imo

-block trackswitch from being mined (possibly not neccesary)
Parent
make only allies can drive the train, shorten the time needed to load the ammo on the train, remove the mg's at the ramp, make exit from ammo to ramp wider so its easier to attack from there. also, set axis spawn a bit closer to the flag depot, so it takes about the same time for allies and axis to reach it.
if its still not good for allies, make train start with loaded gun ammo from flag (so allies need to drive it half the distance).
Axis is attacking on the map right?

It is the axis who needs to drive the train to the depot yard, get the ammo, get it to the railgun... not the allied?
Parent
lol, been a while since last i played it. yea, i meant axis, not allies
Parent
"remove the mg's at the ramp"
The MG at the Depotyard?
Or also the MG at the trackswitch?

The Depotyard MG should indeed be moved, the one at the trackswitch, never really experienced anyone using it in matches.
Parent
all should be removed imo, and not just from railgun but from every map
Parent
railgun is too public. competition in that map wouldn't be fun.
Member For: 5 months and 19 days

ask someone who has actually played it in comp maybe?

it can actually be fun if the teams are reasonably balanced, its too defence biased though
Parent
lol kid, im playing et since a bit after the release.
Parent
nice idea it's a gr8 man ^^
- fps
- remove mg's
- map is fine
- hf

nice effort :)
meh dont like battery
a good thing this isn't battery, but railgun eh? :J
Parent
dont care imo
Parent
cant have a bath on that map, wont be original.
no! (fps sucks)
loool now we have a jew worm , belgian worm and a polish worm i still dont get it why people always laugh when i try to vote for railgun :(
:)
Parent
there were already an sw_railgun (but just mapscript):

newspost: http://www.crossfire.nu/?x=news&mode=item&id=466
shoutcast: http://itg.filecloud.com/files/file.php?user_file_id=203474
ettv demo: http://www.gamestv.org/files/221-sfx-evil-vs-agonyrealm/
Try to give both teams two spawnpoints, maybe get rid of the flag in the depot yard. Not sure why, I just have this feeling.

Breakable train? Only goes for one direction? Satchel blowable gun controls? Boobs?
railgun suxx go home :O
change railgun to desert/jungle map because i got sux fps on snow/ice
:XD
- only axis can move the train.
- remove the switch and make the barrier destroyable with dynamite
- barrier can be rebuild ANY time untill the train is back with the obj.
- make the objective transfer a bit faster
- remove some trees, they are ennoying!!!
- keep the fog!
- axis first spawn need an extra way out because of spawncamping.

and last but not least:

Bring back Warbell.Warbell was one of the best maps ever it just needed some changes here and there.Dont waste your time with sw.railgun because this map is not playable in a competetive way.If you fasten the train you can not keep up with the train and when you will make it only accesable for axis it will ruin the gameplay.The ways you have to run are too long and you dont have a survey of the obj when entering the bunker. 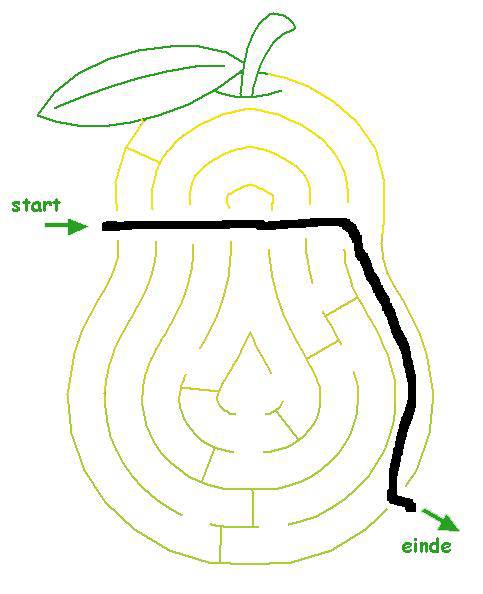 btw it would be a nice idea for a map... a maze! and allies must destroy some doors.
Parent
How about replacing the train by placing a "pick-up" - obj at the depot, which is (to make it more reasonable) a bomb to destroy the railgun (1. allies attack now-> just switch the spawns, 2. just because noone could really carry one of those "railgun"-shells)
I like the idea of making a objective that is to be picked up, but just a pickup + run map would be boring. let's not have another frostbite or adlernest (maps where you don't need to do anything besides run).

Let's give it a couple stages. Maybe replace the flag (depot) with a room that you need to dynamite or have a covert open a door to get the bomb and get rid of the first side path (there are two, leave only the one closer to the CP). Or maybe make it so you have to bring the train all the way to the end (one way) and that blows an entrance to the bomb room?

Like Ssap said, switch allies spawn and axis spawn and make allies attack, trying to blow up the railgun sounds pretty cool. Make the controls not destroyable by dynamite.