I think it may be good for the game, so players will know each other. Will make new friends and be more fun :-).
Nobody will write insults to main chat, but you can swear on Team Speak. Nobody will muted :-)) muhahahahaha.

Sorry for my bad English.

Have fun :-)
39
we will hear kurwa always so no :D
more cheaters on server please
+1
:'(
Parent
Yes that is sad so players use cheats, but trust me so cheaters visit every ET public servers.

And trust me so alot cheaters playing also on TZAC.

I know so on eG|BLUE ETPro CZ are also cheaters. When I 100% know so someone use cheats I ban her/him.
But I must be 100% sure, No so somone will say: Klobby she/he is cheater.
Parent
Artstar ":D"
Parent
yes and if you had tzac on, people would know who people with fake nicks are and would know they are high skilled and wouldn't then call them cheaters. So your point is invalid
Parent
You are wrong, I was on that server couple of times and I was always there with tzac (and using my usual "fakes") and I am still getting called a cheater on regular basis. Funny thing is, most of the times it comes from players without TZAC or with 60k+ TZAC ID. The problem is in player base on that server, I had been vote-kicked few times, even with admin being present (well, can't say it was admin for sure, I just saw EG tag) . He didn't do anything, he just let them to kick me for no reason. So it's not about forcing tzac (for whatever reason), it's about having capable admin crew that can run a public in calm fashion.
Parent 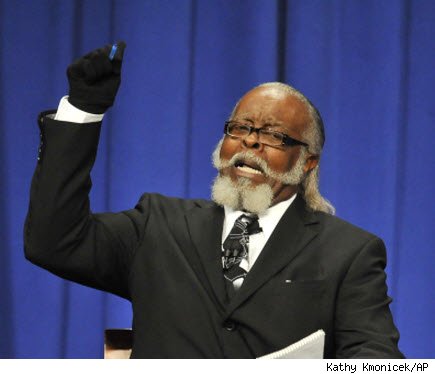 Parent
Tell me why you all need so TZAC will forced on this server? Tell me why skilled players do not use it also on servers where is not TZAC addon? I am on server always with TZAC. But for some players (also skilled) is that big problem.

Filus if somone kicked you from server I am sorry for that. I can cancel vote if players want kick somone, but not always i have chance react. Sometime is player kicked very fast.
Parent
haxor server no anti cheat tool
Think you so antiticheat (TZAC) is 100% security? Hahahahaha trust me so no.
Parent
always fun on this server ":D"
If I have 50-55 acc there, you must have clear hit :D
Parent
wat
Parent
wat
Parent
english, do you speak it?
Parent
What is wrong?
Parent
Thanks jalo. :-)
Parent
Unban me and I come
If you are cheated, you are benned. Be fair player and you will not have problems.

When I will add TZAC addon on this server nobody will play on it. I tried it many times.
On ET is not much players, and majority of full servers is without anticheat.

Only one ETPro server with TZAC is populated and that is NBS server.

All others populated ETPro server is without anticheat.
Parent
no thx
eG|loczekblond and Jalo are clean - must be kidding
Both play good with TZAC on or without.
Parent
Few good things coming from Czech Republic:

Your server is not among the good things and the fact you think you can bust cheaters better than TZAC is quite equal you saying "I m Stupid." . That s how it is !
Alot players play always with TZAC, but always somone say so they are cheaters. If they are cheaters why they are not banned on TZAC?

Rifleman is good player and good person. Idk if you know him?
Parent
Even so I see no excuses why you don t enable tzac addon. Setting sv min age to 30 you can filter some of the returning hackers on tzac, also having tzac addon you force everybody to have tzac so you eliminate from the start those who refuse to play with tzac and who can become suspicions of playing unfaire
Parent

Jan Koller
Parent
:D Nice man :))
Parent
well guy called 'carrie' or smth like this is fucking obvious cheater
force tzac
sczurek you and players which play on eG|BLUE ETPro CZ know so I am tried force TZAC many times, but always when I am installed TZAC addon server was empty. As I am told: look on server list how many TZAC servers is populated. I will answear you: only one server - NBS.
Parent
well, looks like it is not a bad reason after all ;)
Parent
I will try recruit new members for eG Clan and make admin team for this server. But players which know admin joob is not much. I do not want admins which will kick all players which used cheats for exepl 2 years ago. I do not care what players do on another servers or 2 years ago or if are banned on TZAC.
Will kicked or banned player if will use cheats on servers eG Clan. If will not use cheats on eG|servers are welcomen. For exempl Wilko, when he play on eG|BLUE ETPro CZ he is insulted many times. I will not tolerate that, his account is unbanned and now he play also offi matches. Then idk why mind so he play on public server. Players are mad because Wilko is better than they :-).
Parent
ts shit is good if theres no 3rd world country nerds talkin their own shit
nice engrish
Yes .-)
Parent
80% of the people without TZAC is cheating, 50% isn't even trying to hide it.

I have no idea why you wouldn't enforce TZAC, people are playing with a public bot
Like he said, with TZAC, the server is almost empty.

People want it, but then they don't come with it on.
Servers with anticheat are empty. And non-anticheat servers are full. Yes, maybe it's true, but tell me the reason why? You prefer to do admin @ non-anticheat server with bunch of cheaters before the server with more serious players? Now I'm sure, you're not interested about the ET as a serious game, but your point is: FULL SERVER and who cares, who plays there ;) I played @ eG with forced tzac and serv was full too. People, which wanna play ET serious have no problem to use tzac @ public.
Back to top
Thompson or MP40?
Download ET
+
+
+