by jusio • 18 Feb 2011, 04:06 • Tutorials
When SLAC was released, a lot of problems appeared. Some of them were were fixed, some didn't. One of the biggest problems for me was, that I had to constantly switch game exe file in HLSW, so i can play on both ETPRO and trickjump servers. After sometime I've decided to write a little tool which, will automatically use SLAC for all etpro servers, which don't use PB.

The name of tool is etcfg.Launch, and you can download it from here

Installation is pretty simple. Run the installer and select a path where you want to install it: 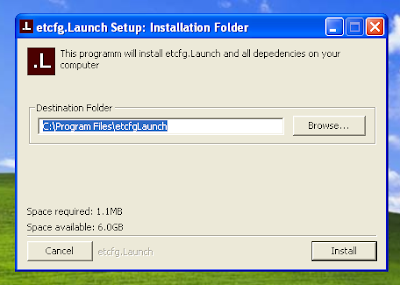 Click install. During installation it will ask you few question, simply accept everything. This application requires Java to run, most of the people already have the latest version, but if you don't, installer will prompt to install it: 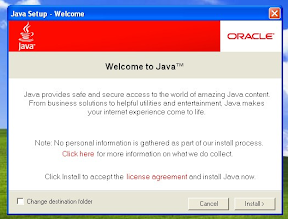 After installation is finished, restart HLSW, and try to connect to some server.
Following window will appear:

Also, don't forget that etcfg.Launch also includes a simple ET server browser. You can access it by launching shortcut on the desktop.
Here is how it is looks like: 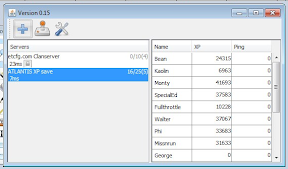 Server browser is actually in beta, and currently can only manage a single list of server, but some of you may found it useful. In future versions I plan to extend server browser with multiple features like:

That's all! Program is still in beta, but i'm using it with HLSW for a month without any problems. I've tested it on Windows 7 and Windows XP SP3. Server browser is still unstable and lacks some features. Use on your risk.
Project page is http://code.google.com/p/etcfglaunch/ , I'm usually releasing new version every week, with some bug fixes/new features.
Questions, suggestions and bug reports can be sended to me via mail jusioa@etcfg.com and on IRC #etcfg @ Quakenet
12
Explain to me how you're loading the SLAC module plox.
Nothing complicated. Runtime.getRuntime().exec(<path to slac here>);
Parent
Yep,I wanna know too,how you´re loading SLAC module plox:
for ppl who are only playing with slac and have no need for programs like hlsw: