I'm currently a student at Greendale Community College so i can one day take over my father's falafel restaurant.

Here's a picture of me 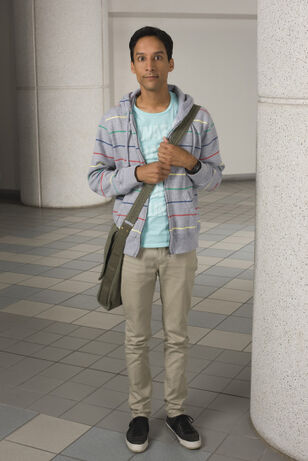 Here's me dressed as Batman on a Halloween party I watch lots of television and movies,
my favorite movie is a tie between Ghostbusters, An American Werewolf in London, Back to The Future, Blade Runner, Stand By Me, Stripes, Star Wars IV through VI, Ferris Bueller's Day Off, Jaws, Raising Arizona, Jurassic Park, Seven, The Matrix, Goonies, Breakfast Club, Real Genius, Better Off Dead, and The Fog of War.

Me and my friend Troy with some Spanish freestyling