Thanks to Kimi for his amazing project: https://github.com/mittermichal/greatshot-web.
I've edited it with his help to quickly analyse all of my games and render them automatically.
16
bad player but frags good
e: he fragged PHOTO so no more bad player. just good player good frags.
Parent
s m o o t h
I wonder how many 'offi only' fragmovies are going to pup up because of Kimi his tool.

Nice movie, enjoyed recognizing some of the frags I encountered when scanning those games myself :D
How does it work? Does it scan your demos automatically or? 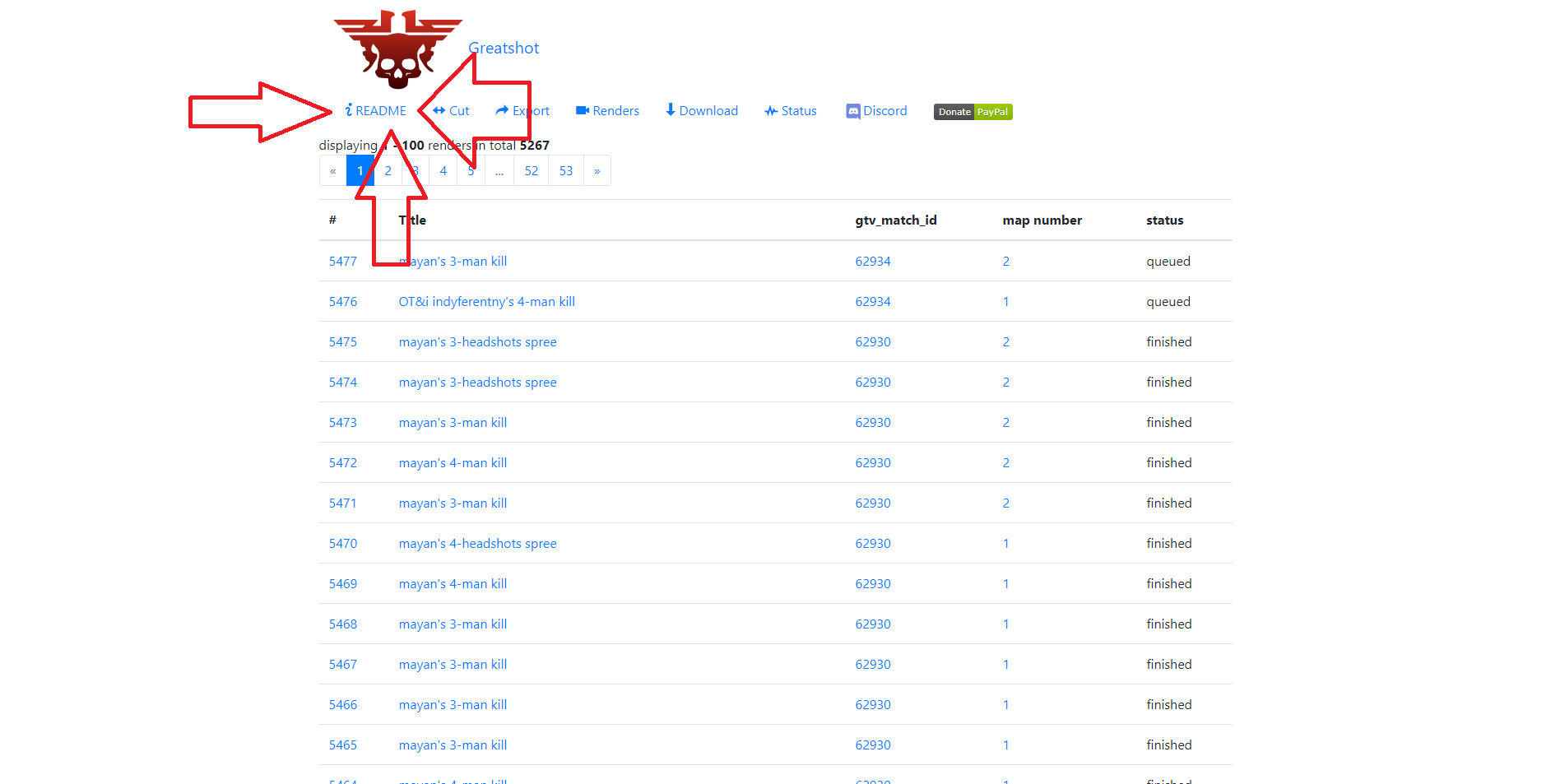 Parent
what lampje did wasn't trivial
I sent him script that I wrote some time ago to automatically download, parse and index ettv demos, find the multikills and create cut demos of them.

I helped him modify this script so it would download all the gamestv demos of his games from gamestv search.
After he got the cut demos, he watched all the demos and selected which are worth to put in his fragmovie.

The greatshot.xyz website doesnt have this implemented, you give it single gamestv match link and it would output some stats and suggest some multikills for cutting or creating video (render) from it.

Then I helped him use the rendering part of greatshot-worker which renders video from cut demo on my pc and sends the video output back to the webserver.

What he end up with was script that would for each cut demo in folder: capture the screenshots in uvmoviemod (to filter his own frags), record the sound in etpro, run ffmpeg to encode screenshots and sound to mp4 file
Then he put them together in some video editing software.
Parent
lmao did you just basicaly automize the whole moviemaking process? :DDDD

that's some good fucking work you've done there
Parent
nice! Kinda like what i made for my quakecon 2003 movie, except that i render locally
Parent
he did render locally but automatically
Parent
oh misread that part :D
Parent
Would there maybe be a possibility to share this? I mean mostly the part about "auto" render + audio in uvmoviemod

Was thinking It could be a great idea to make something like a "Frags of the week/month" from Gather and upload them to some youtube channel but all the manual stuff would be too annoying to do, if it works like you said it does, maybe it would be pretty easy then? (obviously going through matches and cutting frags and then selecting manual, but the rest)

There is a lot of sick frags out of those games even if it isn't "serious" competition and with the flags/names it could make some nice compilations with nice frags then
Parent
+1
Parent
lampe diggaaaaaa <3
Nice one Bas <3
Tearing heads ! Great frags, well made movie.
Back to top
ET Spring Cup 2021 predictions?
Download ET
+
+
+