by kartez • 8 Oct 2011, 14:45 • Videos
This is my 3rd fragmovie presented with 2 differents colors:
if you do not like mine, you have the choice to watch it with another one
My own colors 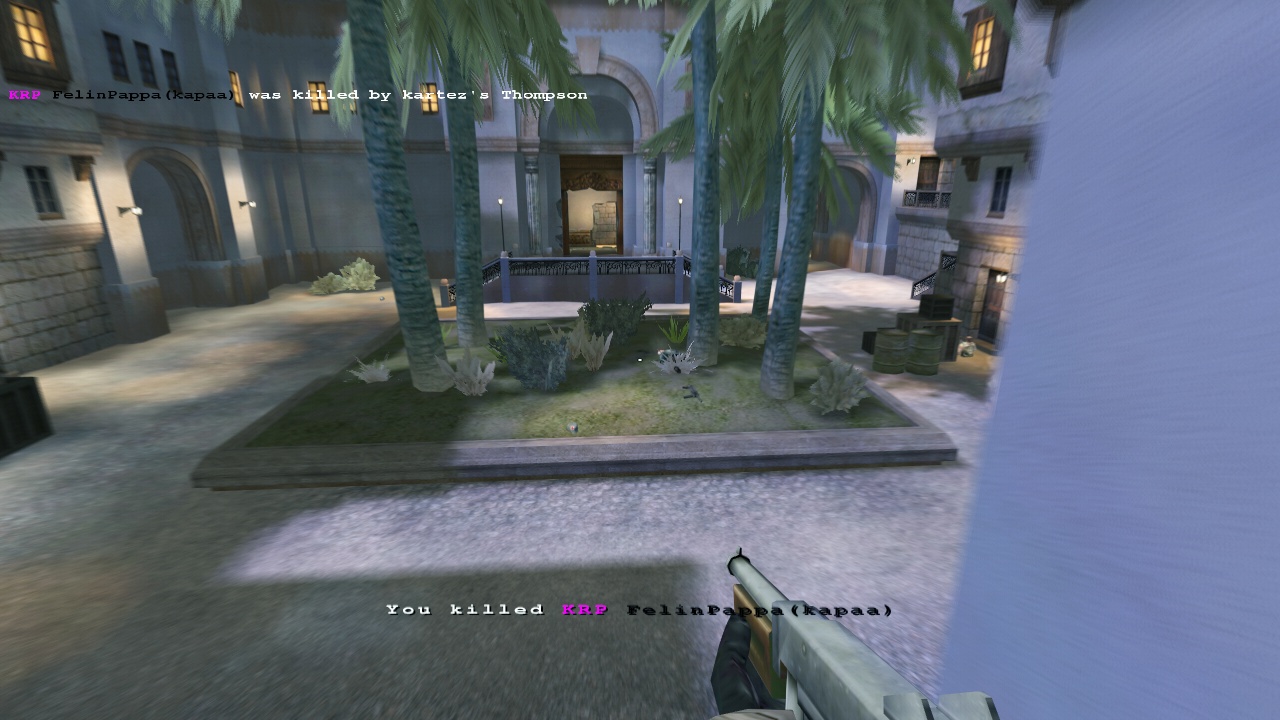 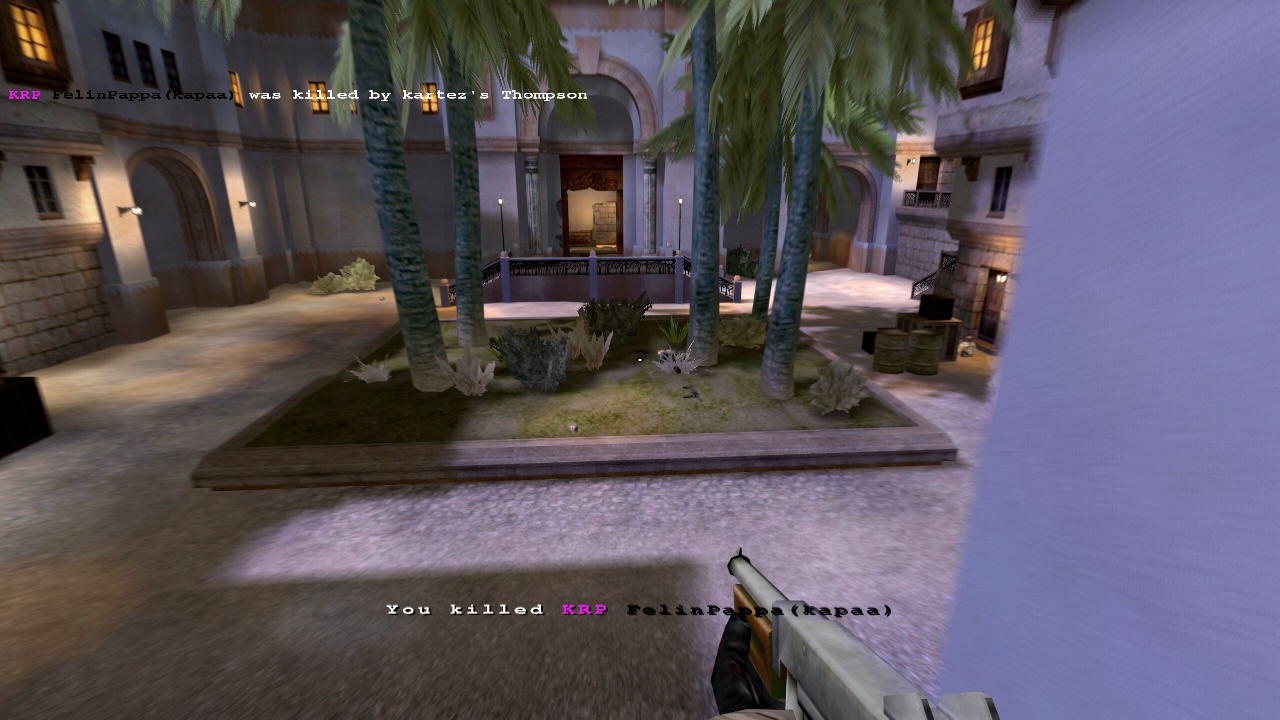 Story about the movie
Had to restart the movie due to format, I lost my motivation to make my best so I just leave it as demos+mp3 with some cams.
Had a lot of ideas to present you my frags but I dont have the knowledge of programs such as vegas or after effect otherwise it would have take me few months to make the movie and I dont want that

Thanks for reading & watching, hope you like my "best" multikill from August 2009 to August 2011.

e: watched it now completely.. was really nice, all sorts of kills, enjoyable to watch, music was okish for me.. in the end i just got bored at the part where u showed 3 times the same strike on grush in a row :S

besides that gj!
liked it, but learn to gib :D
yea nice movie
Nice, just way too long - watched first 5 mins then i was liek 16 MINS :OOOOOOOOOO
amazing merc
just cant enjoy frags with this low sensitivity :/ there is no energy in them!! :( :P

rest was nice XD
this movie is mainly content based, not bad, but at some point i looked at the timeline and clicked away.
to bad, it had potential!
Simple but cool movie, good quality, no useless effects (you didn't had the time but in the end I think it's better to have a fast-paced movie for your kind of player) a lot of demos, some nice frags against skilled opponents but too bad most of them were useless for the team. Doing a x6 smg/luger kill serves no purpose if all your opponents are getting revived. Goldrush airstrike appeared like 5 times, I think it's too much. Also, you really need to gib the enemies. I remember a x8 on adlernest that could have been a x4 if you took the time to gib the axis. Nice aim though but as I said some parts could have been shortened with more objective consciousness. I enjoyed watching that fragmovie (and it is rare nowadays) even with its flaws.
Good movie!
sick frags, enjoyed.
your nades are like a panzer :P gj
fuckin nice frags!
nice music and editing but you need to work on your aim

-
your colours
music
the movie contained shitloads of 3-man smg frags
8mins too long (+8min movies must contain more people)
he killed banaan in this movie :S
Awesome movie, please cut off the end of fragsprees that go like "4man fragspree, 10 seconds wait, 1man". It's just unnecessary and slows the movie down.
I don't get why there are 2 dislikes, it was pretty good fragmovie :)
Liked it (green bar bro).
surprisingly decent
nice frags and headshots, i liked it
Need a working dl link.
working again
Parent
Thanks
Parent
amazing

and thank god you didnt add the hitsounds manually...i hate it. totally kills the atmosphere.

good job.
if u like this more than kresti's movie then im really worried, but i only watched the first few min and closed it though, demo+mp3+hitsounds
Parent
yes, its better than yours

i was so disappointed about your work, that i couldnt even be arsed to rate and review it.
Parent
wow, can't believe u liked this movie more lol.. there's not any sync at all in the first few minutes that i watched.. and u prefer that, as a "moviemaker"?? :d

i mean u must be trolling im sure, but what could possibly make u like this movie more? the bad cams that stop after the frag? the demo+mp3 actions with hitsounds? the bad quality (compared to my movies)..

im gonna actually watch more of it now and see if it gets better
Parent
its not just about the stuff thats in it, but the spirit of it and the personal taste

and i must say that i enjoyed this movie here by kartez much more than "mr. kresti"
Parent
spirit? it's just demo + mp3 then some random bad cam that stops.. u probably just like it cos it's your music style or something,

so watching it now, first song:

there's hardly any sync at all, demo + mp3 but when there's a cam, it's a bad one that stops after the frag and once even stayed there for 5 seconds, some hitsounds weren't in sync, saw flying helmets everywhere and didn't even get to see the goldrush airstrike frag cos no cam, can't think of any positive to say apart from most of the frags seemed decent enough.

2nd song: seems like more of the same but even worse cams, almost saw a decent airstrike supply cam but wasn't to be..

honestly, not to sound harsh here but this feels like a 2006 movie.. can't believe i even watched half of itl, i understand people saying it's good cos it's his first try but to say it's better than kresti movie.. :D ridiculous!
Parent
i see, you become pretty sad if someone does like the work of other moviemakers more than yours.
i couldnt be arsed to get all the informations you just put in your reply to me, because like i said before:
its about personal taste what someone likes more or less.

i know, you sometimes really have to diversify between personal taste and an actual critic.
maybe some parts of your work are better edited and have higher quality. but for me, that doesnt mean that it is a better movie to watch.
its like with a movie in cinema. the effects can be so awesome and everything, but if the whole plot and acting is fucked up, then what is the point of enjoying it and maybe even watching it again?

you have no right to call someone ridiculous just because his point of view is different than yours.
its like you tell me that you maybe like peaches so much. well, i dont. you would tell me that its bullshit to not like peaches because they are so tasty or whatever.
but i just dont like peaches. like some people dont like pizza (even if pizza is fucking great imo) or some dont like summer.

get over it kamz.
you were so proud of being the most hated, and now you're upset just because someone doesnt like your work?

i enjoyed kartez' work more than yours and that is MY opinion. period.
Parent
im not even sad or mad, i just cant understand it.. especially from somebody who is meant to be a moviemaker :D
Parent
accept it or not, i dont care.

just be happy that i dont flame you like samael, because youre much better and dont deserve such flame for your work.

its just that i expected a little bit more of that "mr. kresti" movie.
Parent
ok this comment makes sense, if you're comparing me to others and take into account the expectations then fair enough, but if ur looking at it from equal ground and say this movie is better than kresti's.. then sure it might be your opinion or whatever, but that's just crazy, won't understand how you would ever come to that conclusion as a moviemaker, but whatever :D cu
Parent
said fucking pr0 :D u done some averege movies in the past and u r acting like a fucking omniscient :DDDDD u r ridiculous...
Parent
like i said before, maybe i am not a pro, but i know that i have to improve everytime i create a fragmovie or a clip.

you may also not think that you are a pro, but you dont try to improve at all...at least not anyone of us sees improvement in your recent work.
Parent
well we'll see if u see the 'improvemnt' in riddla the movie
Parent
well, then lets see if you can surprise me/us.
Parent
glaubst du auch noch an den weihnachtsmann? :p
Parent
Funniest thing bout Kresti movie was that kresti paid kamz to make him movie, and that movie was what kresti got :D
Parent
:DDDDDDDDD
Parent
:DDDDDD
Parent
tought it was a troll


haha how ridiculous it is, im rly disapointed by kamz's work & attitude ( his comment on this page is enough )
Parent
:D
Parent
trolled hard XD

me and kresti laughing so hard at u right now :DDD
Parent
We are laughing at your rot-face mother.
Parent
been checking out my facebook today ?

[e] vibe boNg got owned = 10/10
nice musics , got all execpt 2nd track
so ye, said most of the stuff to vaggi up top.. only gonna judge half the movie that i watched..

content was good, decent frags, but 9/10 cos of some lower oppo.. now for the bad stuff..

- some hitsounds weren't synced
- most, if not all of the cams were bad and stopped after the frag.
- some strike frags without a cam.
- flying helmets.
- bad quality and colours.
- didn't really see anything creative, in terms of ideas and thinking outside the box.
- lack of syncs e.g. could have synced the pistol frag @ 7:45.
- no intro :( - again: creativity.

decent enough if it's your first movie. 7/10 taking that into account.. but gave cf rating as I would do no matter who made it.

bet you're regretting asking me to watch it now :D
nice as expected m8

maschine :P
Music not entirely to my taste but frags were boss & I liked the variety of teams.

bb loser!
Parent
Good frags, quality was smooth enough to ejoy it quite much, too bad it's a bit too long, even if i watched all the movie, got bored @ ~10 minutes. All the frags were pretty good, music wasn't that good but fit quite well in this movie